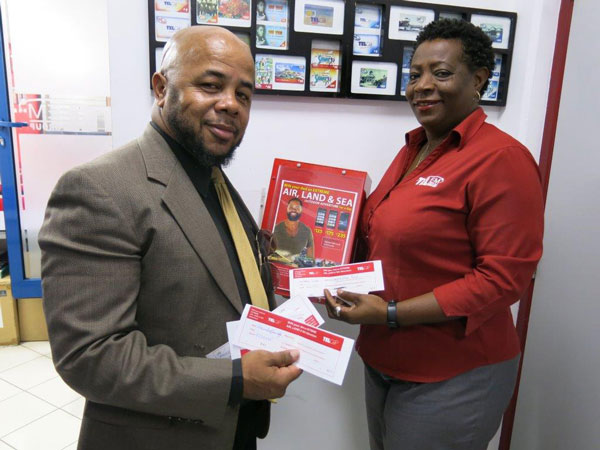 Pond Island:— TelCell has announced the names of five lucky dads who will receiving a full day of fun activities as their winning prize for the TeCell Father’s Day AIR, LAND & SEA SMS raffle last Sunday.
The winners are:

On Saturday, June 25, the prizewinners will be treated to a round-the-island airplane flight to view the island from above (AIR) before taking an adventure quad ride (LAND) followed by a jet-ski ride (SEA).

TelEm Group, Manager, Market & Sales, Grisha Marten said Friday that all is in place for the lucky dads to have “a wonderful and extreme adventure-packed day,”that will also include Zip-lining at the Lotterie Farm, lunch and a final toast at Water World to wrap up the day.

“The dads are very grateful to their loved ones for putting their names forward in this SMS promotion targeting dads and they are looking forward to having a great time,” said Grisha.

She said family members, members of the public and TelCell customers will be able to see the dads at play when a video and photos of their fun activities is released shortly after their fun-packed events.