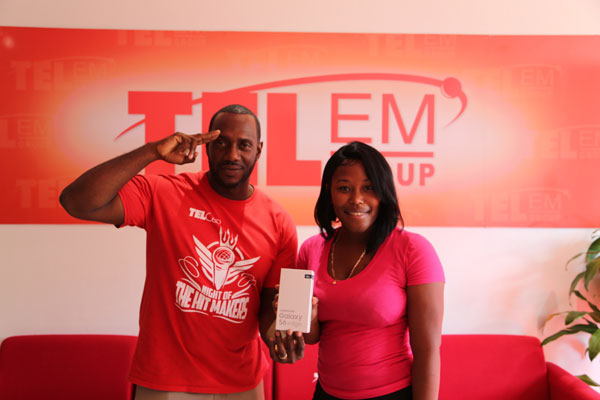 Pond Island:—- With more than 71,000 Youtube shares under their belt, organizers of the annual TelCell Night of the Hitmakers Carnival dance event have announced that tickets will be going on sale the day after Valentine’s Day – February 15th.
In what is being billed as St. Maarten Carnival’s Flagship Show, TelCell Night of the Hitmakers will be bringing thumping music from Tsunami, Control Band, Tanya St. Val, Mika Ben, Jean Marc, Ferdinand & Kes The Band to once again “Rock Carnival” as the promoters have done so convincingly for the past three years.

The Hitmaker himself, Berteaux “Mr. Rude” Fleming of Xtratight Entertainment, says a lot of hype for the coming event is being generated by a Youtube video circulating online capturing the throbbing atmosphere at the Festival Village last year – during which TelCell Night of the Hitmakers was labelled Carnival Flagship Show.

As a way of saying “Thank you” to those spreading the word, a Samsung Galaxy mobile smartphone was presented to a representative of Kanya Houtman for being the 500th person to share the video with friends and family. According to the representative, Kanya is currently in Curacao and cannot pick up her prize, so as a good friend she has offered to collect it for her and in turn thank the organizers on her behalf.

“Kanya was very excited when she received a call saying she won a prize. She will be even more when I deliver the prize to her in Curacao,” the close friend said.

Mr. “Rude” says fans of the TelCell Night of the Hitmakers event can look out for more prizewinning opportunities and special offers on tickets as the night of show draws nearer.

He said the number of shares of last year’s show has now topped the 660 mark and he encourages everyone to keep sharing and getting the word around about the premier carnival event.