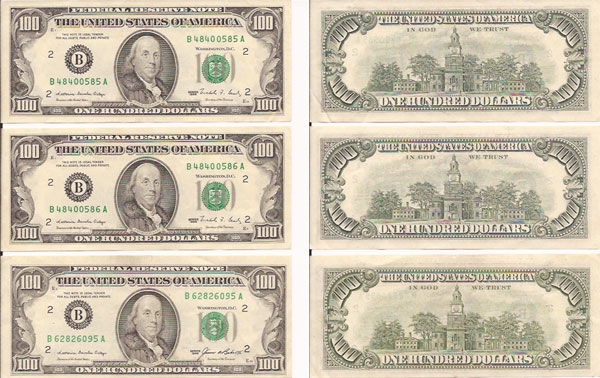 PHILIPSBURG:— On Wednesday, August 17th two men were arrested by the Multi-Disciplinary Team on the Union Road in the vicinity of Burger King for the possession of five false U.S. 100,- dollar bills. The suspects were arrested during a routine control and after they were asked to identify themselves and to handover the documents for the vehicle. While checking the documents for the vehicle the five 100,- dollar bills were found and confiscated for further investigation. The male suspects with initials R.A.C. (18) and R.E.G. (19) were brought to the Philipsburg Police Station and held in custody for further investigation.