PHILIPSBURG:— On Friday July 7th at approximately 05.00 p.m. two persons were arrested by the Multi Disciplinary team for the possession of an illegal fire-arm. The arrest took place on the Union road Cole Bay at the round about close to the border. During a routine control and the search of the vehicle the suspect were driving in, a black pistol fell from under the center console in the vehicle. The suspects with initials V.P.T. (21) en X.A.A. (38) were taken to the Philipsburg Police Station for further investigation.

October 3, 2022
0
PHILIPSBURG:--- On Friday, September 30, 2022, the new Weapon Policy of the Ministry of Justice was published in the National Gazette. The Honorable Minister...

October 2, 2022
0
POINTE BLANCHE:---  Norwegian Cruise Lines (NCL) Norwegian Getaway has canceled its port call for Tuesday, October 4th due to the passing of Hurricane Ian and its impact on Florida.Norwegian Getaway was scheduled to depart Port Canaveral on September 29...
Read more 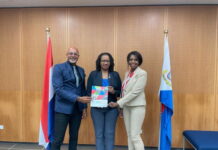 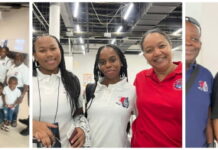