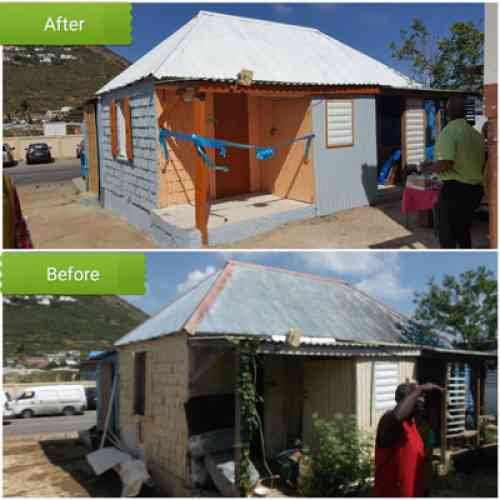 PHILIPSBURG:—- The St. Maarten Tzu Chi Foundation joyfully and with gratefulness celebrated a milestone on Sunday, March 11, 2018, when it marked the completion of repairs, beautification, and furnishing of a historical house on Bush Road, which was damaged during the passing of Hurricane Irma in September last year.

This was the foundation’s first hurricane-Irma damaged home repair project. The home was successfully repaired in collaboration with clients of Key to Freedom Foundation guided by the foundation’s Director Elvison Adamus. The project was supervised by Access Management and Consultant representative Chino Lusia.

During the passing of hurricane Irma, the home sustained significant damage. Although the roof remained intact, it was punctured by flying debris. The wooden flooring inside the home was also badly deteriorated and had collapsed before the hurricane.

Lusia said the home appeared to be approximately more than 100-years-old and seems to have been built strong as it was still standing and occupied before the storm. It remains one of the few traditional houses still remaining in St. Maarten today

The home was completely upgraded. The work included the installation of a new floor, roof, painting and other upgrades and furnishing and beautification. The intention during the project was to make the home livable again without changing the original historical look and keen attention was paid on retaining the historical value.

“The existing aura needed to be preserved while executing the work. On top of that, we needed to respect the wishes of the owner, meaning that we worked with the owner to ensure that he accepted the changes and not be prevented from continuing his full enjoyment of the home. In all aspects, we were able to get the smile on everyone’s faces,” Tzu Chi said in a press release on Friday.

A total of 19 volunteers displayed their repair and decoration skills during the project. Male and female volunteers contributed to project by assisting in areas such as shoveling sand, pouring cement, carpentry, roofing, painting, cleaning, decorating and acquiring suitable furniture for the home.

The celebration of the completion of the repair and decoration of the home, which was held at the residence itself, included a prayer delivered by Adamus, who is also a pastor; the cutting of a ribbon by Lusia, Adamus and the owner of the home Sterling Warner to declare the home officially reopened and the handing over of the keys to Warner.

Warner expressed his sincere gratitude to Tzu Chi and Key to Freedom Foundations for their dedicated efforts, love, and care in repairing his home. Warner said he was overwhelmed at the final look of his home surpassed his expectations. He was especially grateful for the new flooring in the home as he had been navigating walking over a collapsed floor for about a year and a half.

One of the attendees thanked the foundation for their efforts in upgrading and repairing the home saying that it was done with love. The attendee was happy to have witnessed the generosity of the foundation first hand.

One of the volunteers involved in the project said volunteers are happy with the completion of the project, noting that the end result is beautiful and expressed hope to see more similar projects coming to fruition in the future.

At the end of the official part of the ceremony, volunteers entered the home and admired the renovation and beautification works completed with the assistance of their labour of love. Snacks and drinks were served for the enjoyment of attendees.

Tzu Chi Commissioner Sandra Cheung expressed gratefulness to every volunteer who in one way or the other assisted in the project, for donating their time, talent and skill. She also thanked American University of the Caribbean (AUC) School of Medicine students who participated in the project as part of their Community Action Day on Saturday, February 24, 2018. 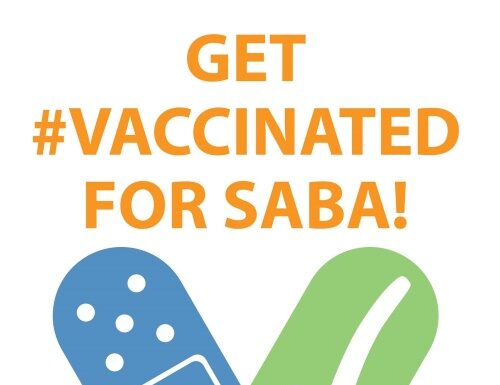 March 2, 2021
0
SABA:— The first vaccination round on Saba was closed off on Monday, March 1 with a total tally of 1,328. This figure represents more than 85 percent of the adult population and over 70 percent of the total population.In...
Read more

Justice Committee of Parliament to meet with the Minister of Justice regarding Immigration. ... 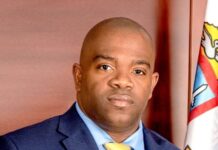 Emmanuel questions who or what is keeping Brison from being sworn in. ...