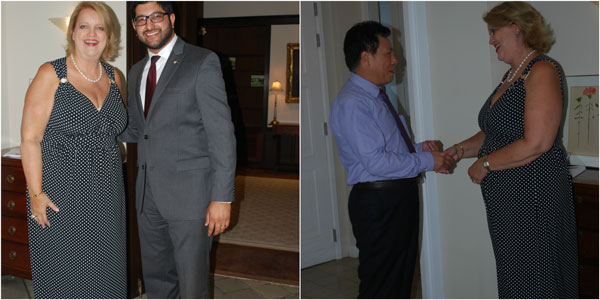 Ms. Hawthorne is a career member of the U.S. Foreign Service with 25 years of experience as a U.S. diplomat. She started her tour as the U.S. Consul General to Curacao and Chief of Mission to Aruba, Bonaire, Curacao, Saba, Sint Eustatius, and Sint Maarten in April 2016.

The United States and the Dutch Caribbean share a long history and many common values. We are both known for our diversity, for welcoming people from other countries and other cultures. The fabric of our societies is enriched and renewed by being multicultural and multiethnic. We both have a deep and abiding belief in democratic values and democratic governance. We both enjoy freedom of expression and religious tolerance.

“As my predecessors have done, I look forward to building upon the strong partnerships and look for even more opportunities to cooperate in areas of mutual interest, such as assisting American citizens, countering narcotics trafficking, promoting trade and investment, and strengthening people-to-people relationships,” CG Hawthorne said in her remarks.