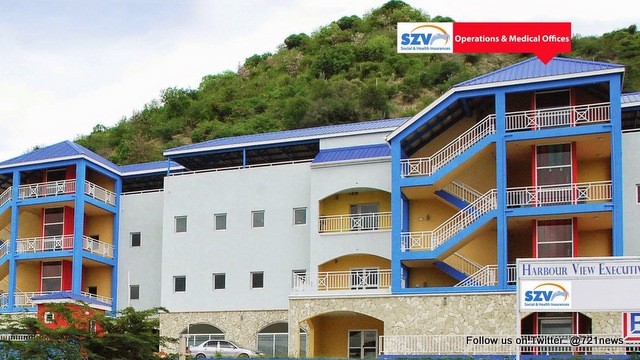 PHILIPSBURG:— Management of USZV was caught with their pants down by SMN News when several patients alerted SMN News that a particular staff of USZV who went to Curacao for medical check-ups and at the same time spend the mid-term vacation with her minor child in Curacao was staying at the Renaissance Resort in Curacao where the daily rates are over $200.00 per day. Not only that the USZV staff is staying in a high-class hotel while on medical referral the woman also has her minor daughter staying with her.

SMN News contacted the Director of USZV Glen Carty who confirmed that the staff of USZV was indeed staying at the resort and the person went there for annual check-ups. Carty said he was not in a position to divulge any information on the staff member medical condition because he simply does not have that information. Asked about the preferential treatment staff of USZV gets when they are sent on medical referrals while other patients when sent abroad cannot even get their daily allowance on time and certainly they are not placed in the top of the line resorts.

Carty said that USZV has an agreement with Renaissance for their staff when they travel to Curacao for conferences, however, he said he cannot say how the staff member got permission to stay at that hotel based on the agreement USZV has with Renaissance. He further stated that he do not know if the patient paid the extra cost to stay at Renaissance, all of which he has to investigate. As soon as the Director of USZV provide the extra information on this particular case SMN News will bring its readers up to date. It  should be noted at USZV staff has a very high insurance, which gives them a tremendous amount of privileges. When questioned about that Carty admitted that USZV pays a private insurance for their staff members.

SMN News learnt that the patient in question have been abusing her privileges at USZV when it comes for her to travel abroad for medical treatment.

Some months ago USZV and the Minister of Health Emil Lee lashed on patients who complained about the bureaucracy they faced with USZV when sent abroad for medical treatment. Both parties said that the patients who would receive $25.00 per day along with their tickets were using USZV monies for vacation and shopping instead of attending to their health issues.

On Wednesday SMN News asked Minister Lee if he was aware of the details of the case since SMN News reporter contacted him earlier in the week about the case.
Minister Lee said he knows the Director of USZV called the reporter and found it strange that the question was posed to him again.

It should also be noted that the Inspectorate of Health should be conducting an audit at USZV, it is not yet known if that process started or if it has been completed, but so far the outcome of the auditing has not been made public.