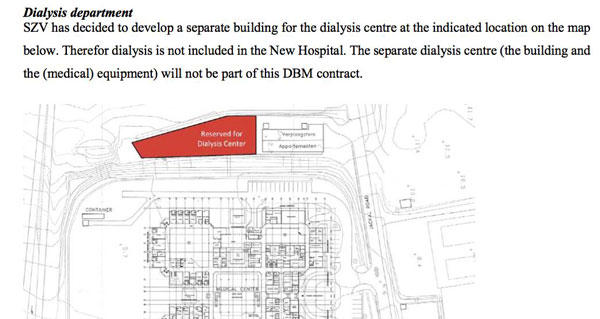 Said INSO’s Bid should have been disqualified — No Dialysis, Oncology Center, and Special Wing will be included if INSO constructs Hospital.

SMN News made several attempts to get a direct comment from VAMED in Austria on Thursday but they refused to comment on the ongoing process.