Home Local News VAMED asking Court to impose $10M on USZV in the event they...

PHILIPSBURG:— VAMED through its attorney VanEps and Kunneman filed an injunction with the Court of First Instance on Monday, September 19th, 2016, the same day the tripartite signed the Design, Build, and Manage (DBM) contract. The tripartite consists of the managing partner of KPMG Henk de Zeeuw who was hired by USZV to organize the bidding process.
Based on the court documents which was sent to USZV on Monday, VAMED is claiming that USZV organized the bidding for the New Hospital and as such, they are liable for the damages. VAMED claimed that USZV concluded after the bidding process and evaluation that their company did not submit an economical, financial and beneficial bid. The court documents further state that the evaluation is unexplainable since the winning bid presented by INSO is less than half of the total cost from the other two bidders that participated in the bidding process.
The company said based on their expertise in building hospitals all over the world including the Caribbean they felt that the bid submitted by INSO is suspicious and it does not meet the project requirements since it is abnormally low. VAMED also believe that in order for INSO to win the bid they submitted an abnormally low-cost bid, while they expect to recover their loss by adding more monies for the additional work they have to do as they construct the project.
One example given in the court documents INSO price per square meter is $4.011 which according to VAMED is an impossibly low amount based on international calculations for the construction of hospitals.
The company claimed that they are specialized in building hospitals worldwide including the Caribbean and the scores they received from the evaluation committee is unexplainable since the scores they were given are extremely low. The petition further stated that VAMEd raised their concerns and pointed out the discrepancies to USZV and asked that the health insurance company provide them with further explanation on the low scores and they even appealed the intended tender proposal. VAMED said in their petition to the court that USZV refused to take responsibility with reference to the scores they were given and refused to respond to their questions, therefore this behavior strengthened their suspicions and went as far as stating that someone maybe holding a hand over INSO’s head or the outcome of the bidding procedure which they believe has been influenced by irrelevant factors because USZV refused to comply with the reasonable requests from VAMED to provide them with the answers they are seeking.
The petition further stated that VAMED had no other option but to approach the courts in order to conclude if the bidding procedure had irregularities especially when it comes to the bid submitted by INSO.
The company is demanding that the bid submitted by INSO be declared invalid since it did not comply with the requirements and that the bid must be awarded to VAMED. The company also demanded that USZV withdraws the bidding procedures because of the irregularities that occurred in the procedure.
They also demanded that USZV is prohibited from signing off on the contract with INSO until after the court procedure and to also prohibit them from executing the contract because awarding the contract to INSO should not have taken place in the first place in their view. VAMED also stated that despite the fact that they submitted an appeal UZSV went ahead and signed off on the contract on Monday, September 19th, 2016.
In backing up their claim VAMED noted that it is important to note that the applicable framework is not permitted to sign off such contracts in the form and content it is in.
As for USZV, they said they have crossed the borders of their legal framework and are being used as an improper vehicle by the government to construct a new hospital whereby the financing is not taking place based on the established rules and regulations.
The petition further stated that the Minister of VSA should not be able to get away with any kind of deals made over the heads of the people of St. Maarten, especially with a disastrous project. The petition continues to state that USZV went over their heads when they went against the law by allowing the government to use them as a ‘cashcow” for a hospital that will be owned by the government.

Click here to read the Court documents submitted on September 19th, 2016 to the Court of First Instance

Source: St. Martin News Network
VAMED asking Court to impose $10M on USZV in the event they does not comply with Court Verdict. 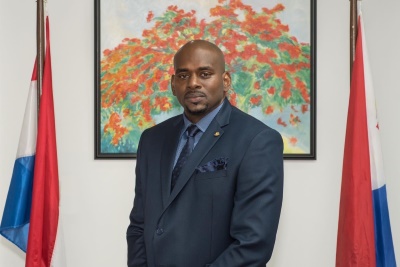 Travel restrictions in effect for South Africa and new entry requirements for the Netherlands. | SMN NEWS 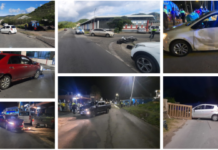 Police urges drivers to be cautious while driving during busy time of year. ... 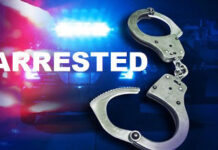 Parliament to appoint a new Chairperson of Parliament. | SMN...

Police are about to launch controls as part of the year-end...