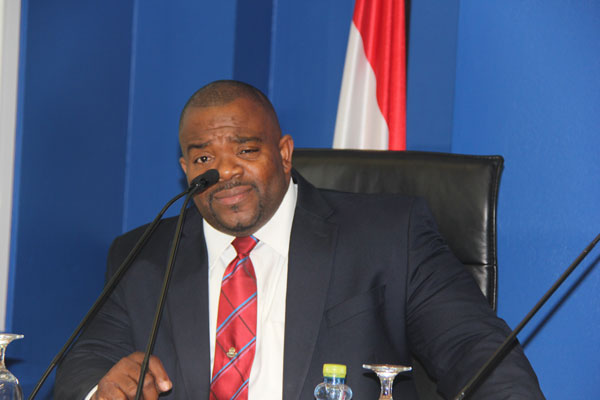 PHILIPSBURG:— The Minister of VROMI Christopher Emmanuel has called on the residents of St. Maarten to be a bit more patient as the contractors continue to work on the roads on St. Maarten.

The Minister explained that road repairs are being conducted in a number of areas and he is cognizant of the fact that the blocking of certain roads is not convenient for the residents. Emmanuel said that besides the patching of the roads there are a lot of other infrastructural work to be done to curb the running water and sewage problems that are plaguing residents in some areas.

Emmanuel also commended the staff of the department of VROMI especially head of New Works Kurt Ruan and head of maintenance Claudius Buncamper whom he said have been working very late hours to get the road patching done.

SMN News reporter asked the Minister when government (department of VROMI) would come up with a proper plan to resurface the roads of St. Maarten since the patching is not a solution to the potholes on St. Maarten since the asphalt that is placed on the roads washes away when there is rain. Emmanuel admitted that it is indeed so that the asphalt washes away, however, the contractor that is executing the work is the only ones that have asphalt on the island. He said while he understands and knows how the roads are being patched this time around under his watch they have decided to scrape longer parts of the roads before applying the asphalt. The Minister further explained that government has to work with the meager budget they have for the various projects.

The Minister of VROMI said he has been constantly discussing the financial issues with the Minister of Finance because his Ministry does need more monies to work properly.
Apart from the road works the Minister said there are some private roads that have to be paved because of their deplorable conditions, one being the road where the Minister or EYS lives.

SMN News asked the Minister if he has any plans for Plough drive since only last week there was a fire at a home on that road and there is also an open cistern there that are breeding mosquitos. The Minister said he was not aware of the cistern but that is something he will discuss with his colleague Minister of VSA who is currently off island. Emmanuel said that the two Ministries will have to come together to remove or fill up the cistern but that decision will be taken collectively, he said that is not the only place that has open cisterns and mosquito breeding grounds but they cannot do everything at the same time. 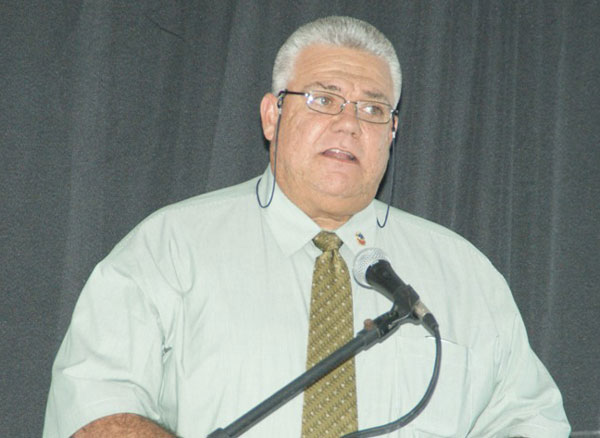 However, SMN News learned that Claudius Buncamper from the department of VROMI is a possible candidate that will be proposed by the Minister to the Council of Ministers.