Home Local News Who are you voting for? A Minister or a Parliamentarian. 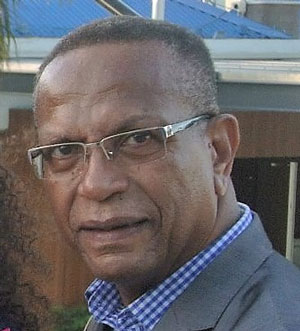 PHILIPSBURG:— This September when you go to the polls you will not be electing ministers. Neither will you be electing a Prime Minister. Instead, the people of Sint Maarten will be voting in fifteen persons to represent them in Parliament. What is the job of these fifteen representatives? We must be aware that parliamentarians are not elected to office to build bridges, construct schools or design hospitals. They are not in parliament to negotiate contracts or to execute projects. This is the job of a minister or the Council of Ministers. They are the ones to execute plans, programs and projects. It is the minister who, through his or her ministry can help that mother who needs assistance for her sick child. It is the minister who can give instructions to help out that senior citizen who is unable to make ends meet and who needs social assistance.
The job of the parliamentarian is different. Parliamentarians legislate. They draft, amend and approve laws in the benefit of the people and the country. For example, they can pass a law that allows the minister to give financial assistance to that mother with her sick child. Or they can pass a law to increase the old age pension of that senior citizen who cannot make ends meet. So when politicians promise you an increase in salary, or a job or materials to build your house they are fooling you. It means that they do not know their job or function as a parliamentarian and that they are not yet prepared or ready for you to vote them into parliament. The job of a parliamentarian is very clearly outlined in the law. Parliamentarians are there to draft or amend laws. They are there to monitor, control and investigate the work of a minister or of the Council of Ministers. Parliamentarians also play a major role in the selection of the ministers and when parliament loses confidence in a minister, the minister in question must leave office. So popularly speaking, parliament hires and fires the ministers. Another major function of a parliamentarian is to approve and amend the annual budget of country Sint Maarten. Hence when you see that parliamentarians have no questions concerning the budget or walk out when it comes time to approve the budget, then you know that those parliamentarians do not know their job and that they are not ready to carry out the duties and bear the responsibilities of being a parliamentarian. It seems like they are only willing to enjoy the high salary and the perks of travel, high travel allowances and so on. Parliamentarians are paid a full time salary but are still able to keep their second job or side jobs. It is no wonder that they cannot give all of their time and full attention to representing the people who elected them. Sint Maarten parliamentarians are the highest paid in the kingdom but produce the least work of all. Look how many laws were drafted, amended and approved last year. According to the 2014-2015 Annual Report of Parliament only one amendment was submitted and passed in 2015. The year before, not one law was submitted. According to the 2014 report Parliament only initiated three laws and not one of them was approved and passed. Here we have fifteen highly paid elected officials and together they cannot even initiate a draft law that can pass. This is an indictment against such a high salaried elected body. The question to ask here is; are our people getting their money’s worth from the people they placed in parliament? Several integrity reports have been written about the malfunctioning of our parliament yet these reports have never been debated on the floor of parliament.
It is a misconception that parliament is the highest body in the country. The highest body is really the people of Sint Maarten who elect the parliament. In simple terms it means that the people hire and therefore can also fire parliament by voting them out of office. This election is not about voting for ministers. It is about electing parliamentarians who then will appoint the ministers to execute the work on behalf of the people of Sint Maarten. If you want to have a good functioning Council of Ministers then you must first elect good parliamentarians who understand that their job is to legislate and not to execute. So be wary of all the promises that politicians are making during this campaign because you are voting for a parliamentarian and not for a minister.
Wycliffe Smith
Leader of the Sint Maarten Christian Party

Source: St. Martin News Network
Who are you voting for? A Minister or a Parliamentarian.