Home Local News Why all the fuss about the screening of Ministers? 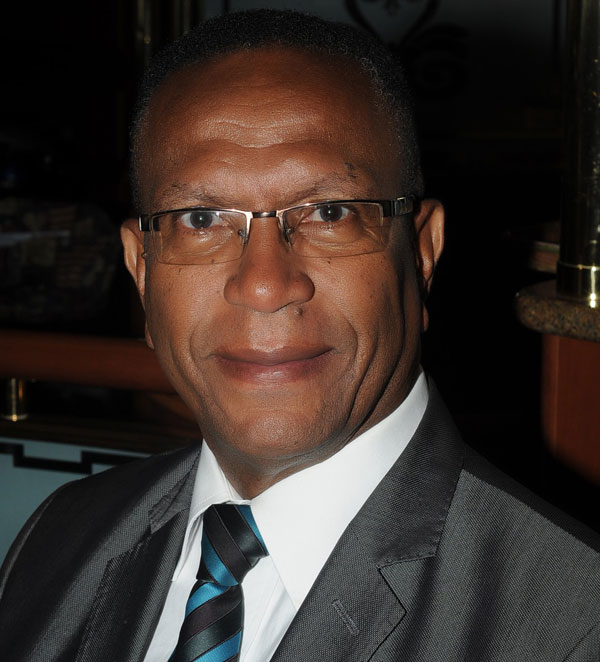 PHILIPSBURG:— The fuss about the screening of candidate ministers, has to do with the shroud of secrecy surrounding the screening process. SMCP believes that if the government were more transparent concerning the screening criteria as well as the process there would be a lot less speculation concerning who passed and who failed the so-called screening test. Before accepting a ministerial nomination prospective ministers and their families should know what is expected of them.
The screening of ministers dates back to pre-10-10-10 when the Island Council approved the law on the Promotion of the Integrity of Ministers. This law was then signed and issued in December 2010 by our very first Prime Minister, Sarah Wescot-Williams. Note that this law became effective after the first Council of Ministers was already sworn in, which means that members of the very first Council of Ministers did not undergo the screening. The Integrity Report, published in 2014 by Judge Bob Wit’s Commission, entitled “Doing the Right Things Right”, clearly points out this violation of the law by the Prime Minister and the Ministers in the first Cabinet, which lasted from October 2010 until April 2012. The Report also states that the Prime Minister failed to report this matter to Parliament. The same thing occurred during the second Wescot-Williams cabinet from May 2012 to June 2013 which means that ministers were again not subjected to any type of screening. According to Wit’s Report, during the third Wescot-Williams cabinet (June 2013 – December 2014) all the ministers, with the exception of one, submitted, even though late, the required declarations. Subsequent Cabinets by Gumbs and Marlin complied with the law on the Promotion of the Integrity of Ministers which is the reason why it took so much longer to get their ministers appointed.
This law, dealing with the integrity of ministers, was approved by both Sint Maarten and Curaçao as being one of the conditions to be able to acquire country status in 2010. Unfortunately, this law is unclear, confusing and difficult to work with. This is the reason why the Parliament of Curaçao annulled it and passed a clearer and more comprehensive one in October 2012. In Bob Wit’s Report, Sint Maarten was advised to do the same. The Dutch also recommended that Sint Maarten copies the Curaçao law. Unfortunately, our parliament neither our government took these recommendations seriously which is the reason why we are once again faced with a screening debacle.
SMCP is of the opinion that the review and amendment of the law on the Promotion of the Integrity of Ministers should be a high priority on the list of NA/USP/DP Governing Program. However, Sint Maarten does not have to invent the wheel. Bob Wit’s Report clearly outlines how the law should be amended. In addition, the Curaçao ordinance is very clear. It lists upfront what is expected of each candidate minister or minister. He or she will be subjected to a judicial inquiry, a national security inquiry, a fiscal inquiry as well as an inquiry in unusual transactions, a medical inquiry including a drug report. Also required is an inquiry into the candidate minister’s commercial interests, secondary functions, and secondary activities. It is also understood that family members are also included in many of these inquiries. On Sint Maarten, a minister is also required, within thirty days of his appointment, to submit a document to the Electoral Council declaring that he/she did not violate any of the provisions of the ordinance registration and finances of political parties during the election campaign. We believe that knowledge of the Dutch language, qualifications and experience should also be included in the criteria.
Why all the fuss about the screening of ministers? Actually, there should not be any fuss at all. There is a law, be it outdated, regulating the screening and all stakeholders need to comply with that law. Let us not blame the Dutch, because this law was initiated and approved by the then Island Council of which several of our current parliamentarians were then a part of. They knew the content of this law and they had the opportunity to change it then if they did not agree with it. Since 10-10-10 they have also been members of parliament and as such, they also had to opportunity to amend this law but they never did anything about it. As mentioned before, Curacao had a similar law and changed it so that they could promote integrity in Government in a much stronger way. Why didn’t the Government and the Parliament of Sint Maarten do the same?
In keeping with the principles of openness and transparency SMCP is calling on Formateur/Prime Minister Marlin to explain the screening criteria and the process. People are in the dark concerning this matter, and let’s not blame GEBE, which is the reason there is so much “hear-say-they-say” and speculation about the screening of the prospective ministers. The people need to know, Mr. Formateur!
Wycliffe Smith
Leader of the Sint Maarten Christian Party

Source: St. Martin News Network
Why all the fuss about the screening of Ministers?