In continuing their support for the eradication of polio worldwide the Rotary Club of Maarten Mid-Isle on Saturday, October 22nd held their second fundraising event (the first fundraiser was the Alex & Ani Charmed by Charity Event) The Ramesh Manek ‘End Polio Now’ walk-a-thon. This was a very successful event. At 6am  139 people started to walk, run and cycle in support of the eradication of polio, there were some who could not make the walk but came to join support The Rotary Club of St. Maarten-Mid Isle by joining us for fellowship with the breakfast. in commemoration of world polio Mid Isle will dedicate their meeting on Tuesday, October 25th to Polio, you are invited to join us. If you would like to make a donation or learn more about how you can help eradicate polio please contact any Mid Isle Rotarian or leave a message on our facebook page Rotary Club of St. Maarten Mid-Isle.
The Rotary Club of St Maarten-Mid Isle would like to ask all citizens of St. Maarten to think about this deliberating disease Polio that has only been removed from our part of the world since the 1960’s. You too can be a part of the global effort to eradicate this disease globally very soon as we really are this close to total eradication, by participating in the various efforts to raise the funds needed. Every dollar Rotary commits to polio eradication will be matched two-to-one by the Bill & Melinda Gates Foundation up to $35 million a year through 2018. These funds help to provide much-needed operational support, medical personnel, laboratory equipment, and educational materials for health workers and parents. Governments, corporations, and private individuals all play a crucial role in funding towards the eradication of polio.

Polio Poliomyelitis (polio) is a paralyzing and potentially fatal disease that still threatens children in some parts of the world. The polio virus invades the nervous system and can cause total paralysis in a matter of hours. It can strike at any age but mainly affects children under five. Polio is incurable but completely vaccine-preventable.
Today, there are only three countries in the world that have never stopped transmission of the wild poliovirus: Afghanistan, Nigeria, and Pakistan. Less than 75 polio cases were confirmed worldwide in 2015, which is a reduction of more than 99.9 percent since the 1980s when the world saw about 1,000 cases per day. The polio cases represented by the remaining one percent are the most difficult to prevent, due to factors including geographical isolation, poor public infrastructure, armed conflict and cultural barriers. Until polio is eradicated, all countries remain at risk of outbreaks.
Until Polio is eradicated the Rotary Club of St. Maarten-Mid Isle remains fully committed to the global fight for the total eradication of Polio through its awareness and fundraising projects. 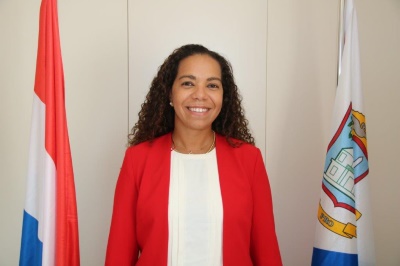