GREAT BAY – The nerves are raw at Bakker Recycling on Pond Island after the police raided the place yesterday morning at the request of Dutch judicial authorities as part of a large-scale money laundering investigation. When this newspaper went to the place to take a picture yesterday afternoon, a man armed with a menacing piece of wood came out using a lot of four-letter expletives to express his misguided sentiment that it was not allowed to take pictures. “I own St. Maarten,” he added for good measure.
Raids in Netherlands, Germany, Belgium and St. Maarten
Police arrested André B. in St. Maarten at the request of Dutch authorities. B. is a 49-year-old man from Nieuw-Schoonebeek, a village in Drenthe and he is the main suspect in the investigation. Law enforcement also took action in the Netherlands, Belgium and Germany and confiscated €8 million worth of real estate.
Five people have been arrested so far, among them a couple from Nieuw-Schoonebeek. The man was arrested in St. Maarten and his 50-year-old wife at the couple’s home.
In Meerssen, a village in South-Limburg a 43-year-old Dutchman who resides in Belgium was arrested. In Beesd (Gelderland) police arrested a 36-year-old man. His sister was arrested in Germany.
The investigation against Bakker Recycling began in April of last year after financial institutions reported suspect transactions. The suspects were spending money in a way that did not fit their reported income. The investigation revealed that the suspects invested criminal money in real estate, cars, and travel. There were a lot of cash money transfers to the Caribbean, but also to Hong Kong and Germany.
The Telegraaf reported yesterday that the millions the suspects invested in real estate probably stem from the drugs trade. “In the Netherlands several investigations are underway into the smuggling of cocaine, hidden in containers with scrap metal,” the newspaper wrote. “Detectives and the American Drug enforcement administration have noticed an enormous growth in the smuggling of cocaine from the Caribbean.”
Andre B. was already once arrested in April 2016 in Amsterdam after his name surfaced in another investigation. The police found on that occasion €100,000 in cash in his car, the police confirmed to the Telegraaf.
Investigators are searching several houses in Nieuw-Schoonebeek and they are also looking at gardens. The Nieuwsblad van het Noorden reported that the police have started digging in search for hidden spaces. In total, investigators searched 19 houses in the Netherlands, one in Belgium, and five in Germany and five in St. Maarten.
Investigators have confiscated tens of thousands of euros in cash, two Porsches, André B.’s mega disco Update in Meppen (Germany), several other cars and gas alarm pistols.

Photo caption: The man to the left came out threatening with a piece of wood after this newspaper shot some pictures on Bakker Recycling on Pond Island. Photo Today / Hilbert Haar 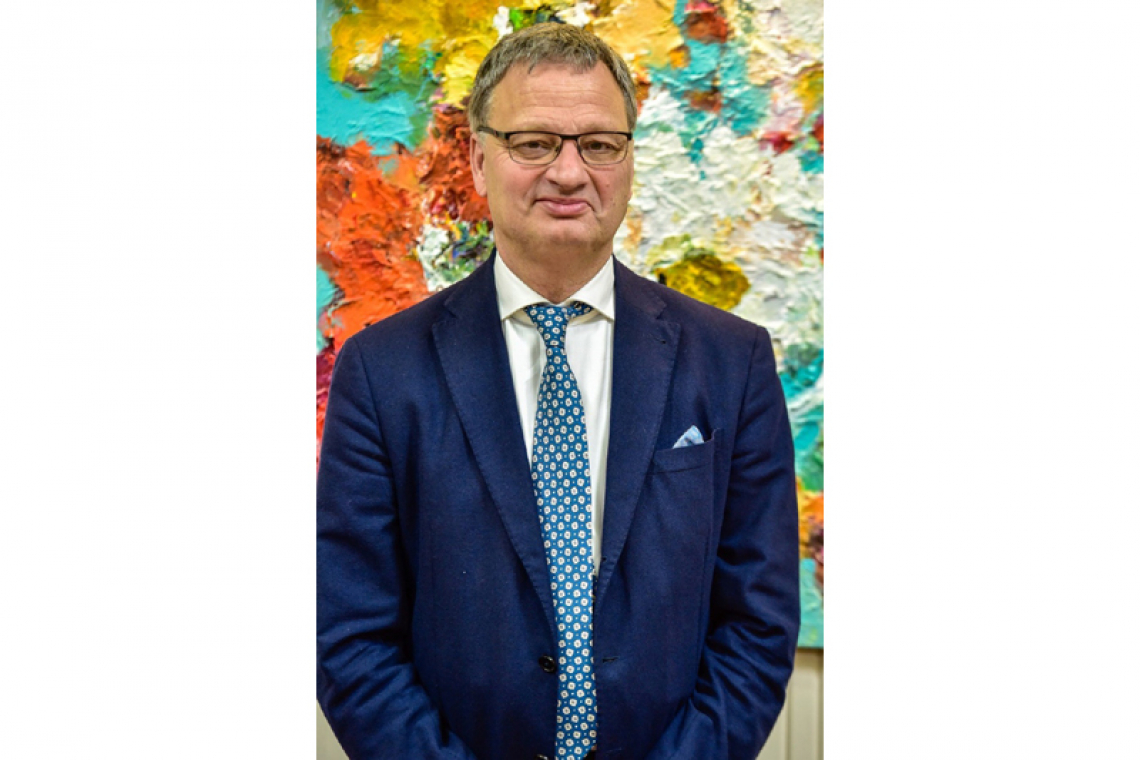 ‘Jacobs norm’ law to cap renumerations of top-earners around NAf. 39,500 per month | THE DAILY HERALD

January 25, 2021
0
House of Parliament PHILIPSBURG--The total employment package of top-earners in government-owned companies and (semi-) public institutions will be capped at NAf. 39,519.73 per month under the Temporary National Ordinance on the standardisation of top incomes and adjustment of employment conditions...
Read more

January 25, 2021
0
House of Parliament PHILIPSBURG--The total employment package of top-earners in government-owned companies and (semi-) public institutions will be capped at NAf. 39,519.73 per month under...

January 25, 2021
0
Police use a water cannon during a protest against restrictions put in place to curb the spread of COVID-19, in Amsterdam, the Netherlands, on...
Headlines & Top Stories