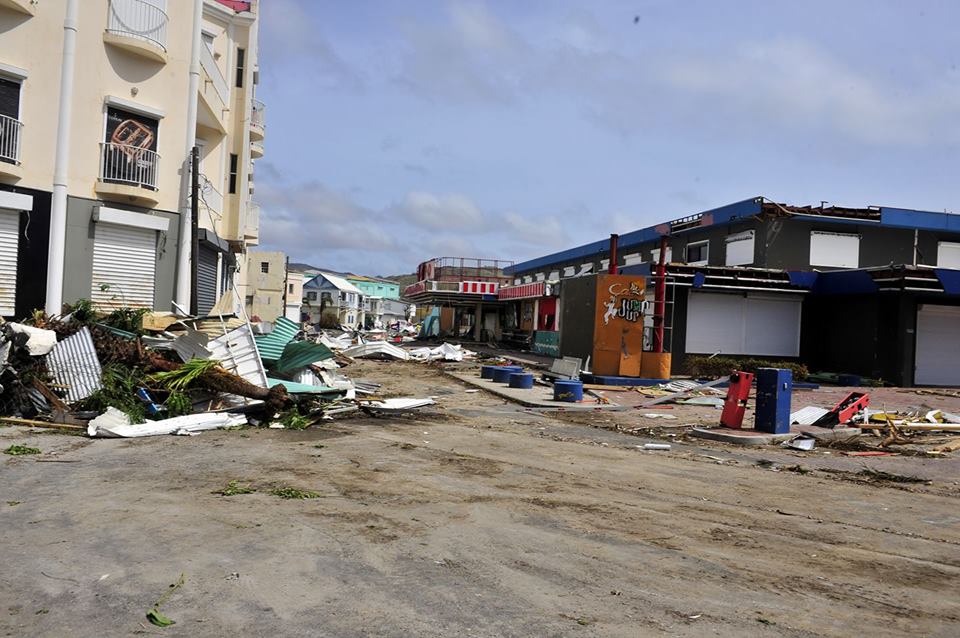 WILLEMSTAD – The inhabitants of St. Maarten continue to feel the effects of hurricane Irma, where the majority of the island is still in a state of emergency. The infrastructure of the island has severely been affected, where at many places, the supply of water and electricity has yet to be restored.

Business owners of St. Maarten are slowly grasping the magnitude and severity of the material damage to buildings and infrastructure, and the government is putting in motion clean up and rebuilding teams to resolve the situation. The business community was particularly saddened and disheartened by the additional damage done at the hands of locals and the government vowed to persecute all the offenders, as soon as the situation normalizes.

Ajay Rawtani, I.T. and Operation Manager of Divico Distributors, located at Cole Bay, St. Maarten, expressed his disbelief with the situation. “To a degree one can understand the need for food and water after such a catastrophe, but how do you justify breaking in to electronic stores and other non-food stores to steal sound systems and flat screen TV’s?”, Rawtani wondered.

“The islands infrastructure has been set back decades. What are they going to watch on their new TV? No power, no communication, no water, no roof over their head? I still don’t not comprehend”, he continued.

Antonio Gosilio, owner of Incredible Nutrition & More, located in Welfare Road in Simpson Bay, also expressed his disbelieve. “We need more police and military presence to normalize the situation.” According to Gosilio, although a curfew is still in place after 6 PM, people are still afraid in their own homes after dark.

“After a week, the situation has become more desperate for some people, who won’t hesitate to go out a night to look for resources”, he explained. Gosilio also explained that there is a great need for basic necessities like food and water. “We will need to wait until the water production plant is fixed, but until that happens, the situation will remain very chaotic”, he says.

Neil Henderson, owner of Henderson International, an insurance broker that represents a total of twelve insurance companies both locally and internationally, has been working nonstop to process the many requests his company has received since hurricane Irma. Henderson conservatively estimates that the total material damage is estimated to be between 2 to 3 billion guilders.

According to Henderson, the first priority is to start clearing debris and the waters, lagoons in particular, to avoid hygiene and physical problems to citizens. “Clients should take pictures before clearing their properties to avoid disputes regarding the scope of their actual loss. They should get in touch with contractors to establish repairs and rebuilding costs, but also with architects and engineers to ensure the integrity of the structures”, he explained.

Henderson also indicated that the St. Maarten economy and employment has been under strain for some time now and fears that many people could not afford to pay premiums, and are therefore uninsured. “Uninsured losses will become a huge problem because most homes are uninhabitable and will pose a challenge to our social fabric”, he concluded.