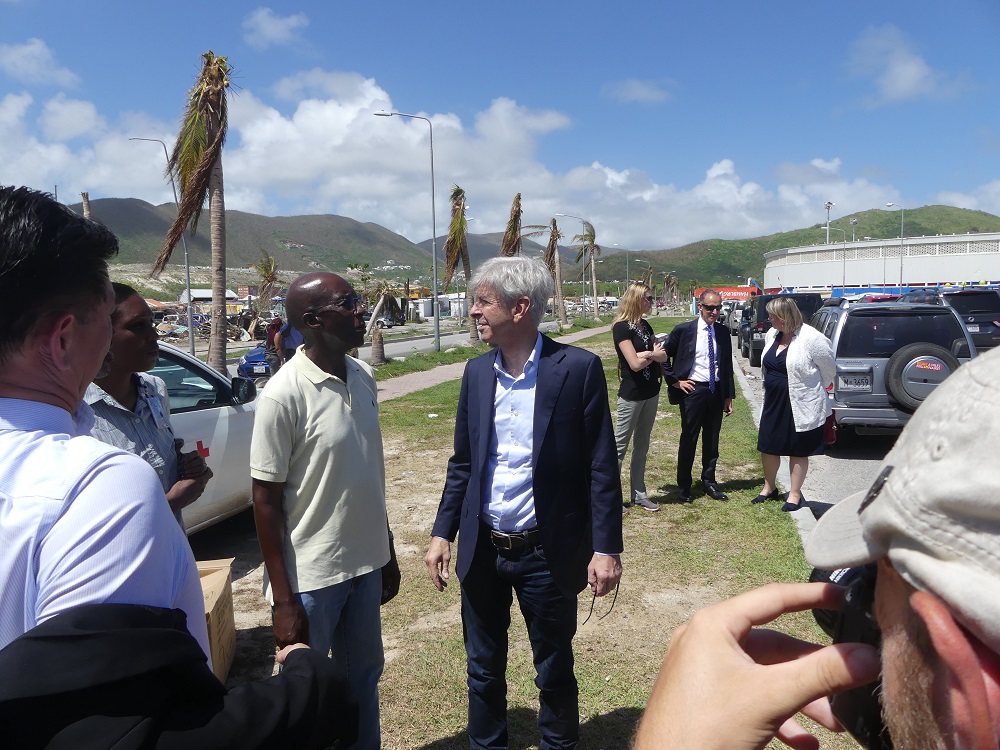 THE HAGUE – A Dutch fund – with hundreds of millions of euros – for the reconstruction of St. Maarten will only become available after the government of Prime Minister William Marlin agrees to two conditions from the Netherlands. Outgoing Minister Ronald Plasterk made this announcement on Friday after a meeting of the Kingdom Council of Ministers, John Samson reports on Caribisch Netwerk.

If it were up to the Netherlands, the Royal Marechaussee takes over border control as soon as possible; according to The Hague, the island is unable to stop criminality and illegal immigration at the border. The Netherlands also demands the establishment of an integrity chamber. That institution must have the authority to independently investigate whether politicians and civil servant stick to the law.

St. Maarten disagrees with both demands. The government fears that this way it will give up its autonomy to the Netherlands.

Several reports show that the underworld and local politics are intertwined, Samson writes. (This is however incorrect: the so-called integrity reports state explicitly that the researchers have found no proof for this. – Ed.). According to Marlin corrupt or dubious persons do not get in a position of power anymore because of the screening process. “St. Maarten has enough institutions, legislation and resources at its disposal.”

The Netherlands want to establish an integrity chamber – with or without St. Maarten’s cooperation. Whether the Dutch will manage to pull this off depends on an important advice from the Council of State about a decision by the Kingdom Council of Ministers. St. Maarten has appealed this decision.

St. Maarten has until October 31 to agree

But still something else could happen in the next couple of weeks. The Netherlands informed St. Maarten on Friday that it has until October 31 to agree to the plans for the integrity chamber. And the government also has until that date to agree to the demand let the Royal Marechaussee executes border control.

If the autonomous country St. Maarten does not voluntarily agrees to the two demands Dutch ministers in the Kingdom Council of Ministers have the power to force the issue by invoking article 51 of the Kingdom Charter. Plasterk discussed these plans with representatives from St. Maarten, Aruba and Curacao on Friday but he declined to elaborate.

In two weeks there is another meeting of the Kingdom Council of Ministers. By that time the new Dutch government – the Rutte III cabinet – will have been installed. It is not yet known who will succeed Plasterk. Mark Rutte remains Prime Minister and he supports the Dutch demands.