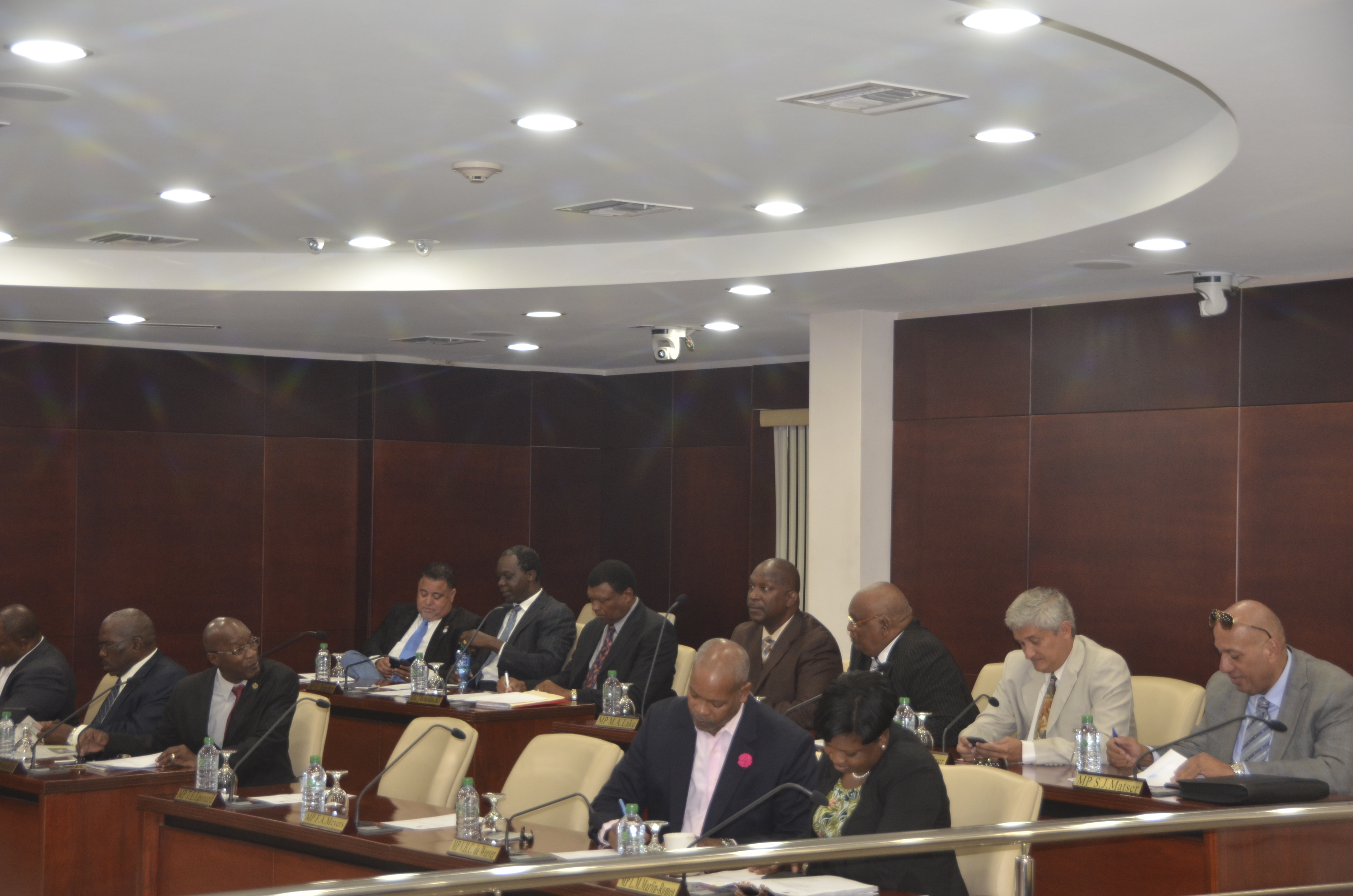 GREAT BAY – The last meeting of the outgoing parliament began – for a change – exactly at 10 a.m. last Friday morning, though two members were missing in action at the beginning of the meeting.
Governor Holiday will administer the oath of office to the fifteen newly elected Members of Parliament this Monday, after the outgoing parliament approved their credentials in a public meeting on Friday morning. The ceremony will be broadcast live on St. Maarten Cable TV channel 120, starting at 9.55 a.m. afterwards, the new parliament will be presented with the governor on the steps of the governor’s cabinet in Harbor View.
All newly elected members have submitted letters of acceptance of their post and declared that they have not violated the national ordinance on registration and financing of political parties. This entails for instance that they all have submitted a registration of donations they received during the campaign to the electoral Council.
A committee consisting of MPs George Pantophlet (National Alliance), Dr. Lloyd Richardson (United People’s party) and Leona Marlin-Romeo (independent) were tasked with the examination of the credentials of the newly elected MPs.
During this process they consulted at times with the parliament’s secretary-general Nancy Guishard-Joubert, but when everything was said and done chairman George Pantophlet declared that all credentials had been found in order.
Parliament’s chairlady Sarah Wescot-Williams said that she would inform governor Holiday, the chairman of the Main Voting Bureau Jason Rogers and the elected members.
MP Pantophlet congratulated the newly elected MPs and noted that it is important for them to understand their responsibilities. “The campaign is over; now it is time to govern,” he said.
UP-MP Johan Leonard did not context the elections and had announced his retirement from politics already a long time ago. He noted that with a broad based government St. Maarten will finally get a stable government. “I am retiring, but I am prepared to render advice free of charge, he said, adding that fighting poverty and care for the elderly ought to be priorities for the new government.
The following candidates will be sworn in on Monday morning: William Marlin, Silveria Jacobs, Christophe Emmanuel, Rodolphe Samuel and Ardwell Irion (National Alliance), Theo Heyliger, Franklin Meyers, Sidharth Bijlani, Claret Connor and Tamara Leonard (United People’s party), Frans Richardson, Chanel Brownbill and Silvio Matser (United St. Maarten party). Emil Lee and Sarah Wescot-Williams (Democratic Party).
Because several of the elected members will take up a post in the new Council of Ministers, the final makeup of the parliament is still subject to change.
Photo caption above: The outgoing parliament during its last meeting. Missing are Franklin Meyers and Tamara Leonard (UP). Photo Today / Leo Brown