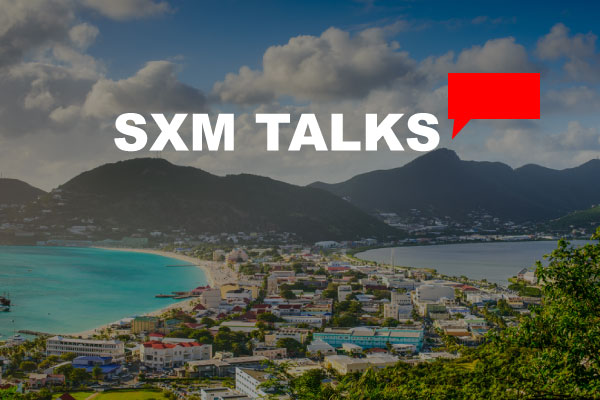 GREAT BAY – According to the Quarterly Bulletin of the Central Bank van Curaçao en Sint Maarten, the monetary union recorded an economic contraction in the second quarter of 2016 as real GDP dropped in both Curaçao and Sint Maarten.
In Curaçao, real output dwindled by 0.2% in 2016’s second quarter, while the economy of Sint Maarten contracted by 0.3%. Meanwhile, inflation was negative at -0.2% in both countries because the drop in international oil prices weighed heavily on price pressures in the June quarter of 2016.
Zika-fears and decline in cruise arrivals
In Sint Maarten, the main causes for the contraction were concerns over a possible Zika virus outbreak and increased regional competition. The concerns about the Zika virus outbreak are temporary, but the increased regional competition demands for the development and implementation of a strategy supported by the public and private sectors to strengthen and further improve the country’s tourism product. The establishment of a Tourism Authority is a positive step, but this entity must still become operational.
According to the Bank’s estimates, Sint Maarten’s second-quarter economic contraction can be attributed particularly to the restaurants & hotels and wholesale & retail trade sectors. The negative outcome of the restaurants & hotels sector was caused by a decline in both stay-over and cruise tourism. Activities dropped in the wholesale & retail trade sector because of a decrease in domestic spending combined with lower tourist spending. Real output fell also in the transport, storage, & communication sector, reflecting declines in both air transportation and airport-related services. In addition, the harbor posted negative results as the number of ships handled dropped. Sint Maarten’s GDP contraction during the April-June period of 2016 was dampened by increases in the construction, manufacturing, and utilities sectors. The positive result of the construction sector was driven by more private investments. Real output rose also in the manufacturing sector sustained by more yacht repair activities. Increases in both the electricity and water production contributed to the expansion in the utilities sector. Meanwhile, the financial services sector’s contribution to real GDP remained flat because the rise in interest income of the commercial banks was offset by an increase in interest expenses. The tourism sector performed poorly in both countries during the second quarter of 2016.
The real GDP contraction in Curaçao was mainly the result of fewer activities in the restaurants & hotels, manufacturing, and transport, storage, & communication sectors. The largest contraction was recorded by the restaurants & hotels sector because of a decline in both stay-over and cruise tourism. All tourism markets experienced a decline in the number of stay-over visitors. Output in the manufacturing sector shrank as a result of lower refining and trading activities by the Isla refinery combined with less ship repair activities. Furthermore, the contribution of the transport, storage, & communication sector to real GDP was negative because both the airport and the harbor performed poorly. Activities dropped also in the wholesale & retail trade sector, reflecting a decline in consumer spending as well as a downturn in tourism spending and free-zone activities. The contraction in activities was mitigated by an increase in the construction, financial services, and utilities sectors. The growth in the construction sector was led by more public and private investments. Real value added in the financial services sector rose also, resulting from an increase in domestic financial services partly offset by a decrease in international financial services. The utilities sector expanded because of increases in both the production of water and electricity.
In the case of Curaçao, the negative result of the tourism sector was mainly the result of the sharp drop in the Venezuelan market, reflecting economic and political headwinds in this country. Therefore, efforts are ongoing to attract more visitors from especially North America and Europe to offset the drop in the number of Venezuelan tourists. In addition to marketing efforts, Curaçao must implement structural reform measures to increase its competitiveness vis- à-vis the region as an attractive destination and location for tourism-related investments. Such measures include reducing administrative barriers in the government apparatus and the high costs of doing business. The complete text of the Quarterly Bulletin for the second quarter of 2016 can be viewed on the Bank’s website www.centralbank.cw under the Publications & Research section.