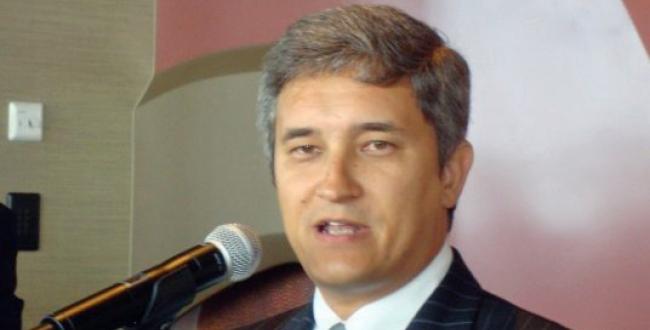 GREAT BAY – When the radio station of Eddie Williams, 99.9. Choice FM reached the end of its life cycle, his son Elgin attempted to sell the license to UP-leader Theo Heyliger in 2013. There was an agreement about the price – $300,000 – but in the end the deal did not materialize. Williams’ company Soualiga Broadcasting NV took Heyliger to court in an attempt to enforce the agreement, but it failed. The court ruled in September that Heyliger is not bound by the agreement.

The court ruled that Williams failed to provide proper information about the fact that the station was off the air for sixteen days in June and July 2013 and also from January 17 to March 8, 2014. The government revoked the radio station’s license on June 3, 2015.

Between June 5, 2013 and March 15, 2014, parties exchanges more than twenty emails and letters about the deal, mostly through their attorneys Christian de Jong and Brenda Brooks. On November 24, 2014, De Jong sent a summation to Heyliger, demanding that he honors the sale and purchase agreement.

Parties reached an agreement about the purchase price of $300,000 on September 9, 2013. Thereafter, attorney Brooks started the due diligence process.

On October 3, 2013, Williams sent a letter of intent to Heyliger’s attorney that mentions the purchase price and a 10 percent deposit. Half of the deposit ($15,000) was not refundable according to the letter that only Williams signed. That money was “compensation for time and expenses.”

Later that month, Brooks wrote to Williams that “due diligence must be performed to establish that you are authorized to sell and that the company is with the value of its sale price.” Brooks furthermore noted that her client was not going to pay a non-refundable deposit.

That same day, October 15, 2013, Brooks received an email from a man identified in the court ruling as Leue, advisor to Williams, who complains that the process is taking too long and is taking a turn in the wrong direction. “Let us get this done please. Sooner rather than later. The clock is ticking and time is running out.”

To which Heyliger responds: “In the spirit of universal understanding and accountability, I remain steadfast on the email sent by my legal counsel; we need to know what we are purchasing, very simple. If you have other interested parties that will buy without reviewing anything then please proceed with them. No issue here.”

Finally, on October 16, Williams sends the requested documents for due diligence. Soon afterwards he gets antsy and puts pressure on Brooks to speed up the process. Come October 30, Brooks notes that there are still eight categories for which she has not received due diligence documents.

Brooks found irregularities that hamper the deal. Quoting a letter from PricewaterhouseCoopers, the attorney points out “that there is no good standing with regards to the tax and social premium obligations. Proof of good standing can only be provided by the inspectorate of taxes, SZV and the Receiver’s Office. We also didn’t receive copy of the last filed financials for the company.”

As time goes by, Brooks notes in an mail dated January 9, 2014, that she still has not received all documents for due diligence, even though she had outlined exactly what was needed.

That’s where the whole process more or less fizzled, until attorney De Jong summons Heyliger to abide by the sale and purchase agreement.

Williams demanded in the lawsuit that Heyliger honors the agreement, under threat of a penalty of $10,000 for each day he fails to do so. He also demanded almost a million dollars ($970,395.65) in damages and $10,000 as compensation for collection costs.

The court found that Williams had provided sufficient documentation to allow for a proper due diligence.

But Heyliger had another bee in his bonnet: the broadcasting permit. The radio station was off the air on a regular basis in 2013 and 2014 and the permit was revoked on June 18, 2015. The permit cannot be transferred without permission from the responsible minister – something Heyliger was unaware of because he did not get to see the permit.

In the end, withholding the information about all the days that the station was off the air tipped the scale in Heyliger’s favor. Williams had “an active reporting duty about the hiccups with the radio signal,” the court ruled, adding that it is “useless to talk about due diligence when the radio station is in fact no longer a radio station because it is not broadcasting anymore.”

This circumstance is so serious that Heyliger was within his rights to get away from the purchase agreement, in spite of the complete due diligence, the court ruled.

The court rejected all of Williams’ demands and ordered him to pay the costs of the procedure – 15,000 guilders for the salary of Heyliger’s attorney Brenda Brooks.