Home StMaartenNews KLM 747 tips its wings for the last time 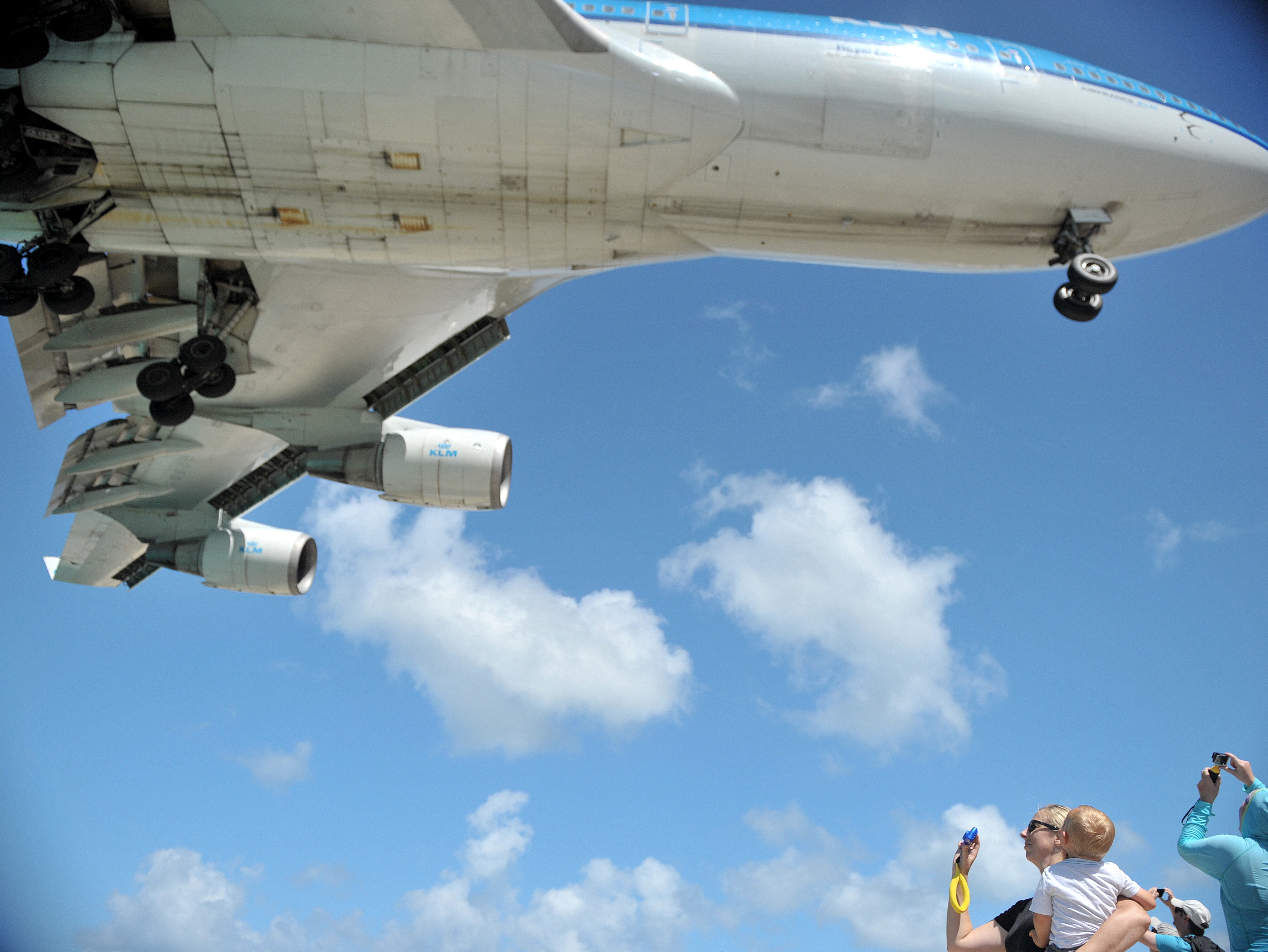 GREAT BAY– Of all the aircrafts touching down at the Prince Juliana International Airport, KLM Boeing 747-400, owned by the Royal Dutch Airlines has been the one attracting most of the attention on its arrival and mind boggling departure.

However, today will mark its final flight of the 747 that came here three times a week to the friendly island of St Maarten on Sundays, Tuesdays and Fridays. That aircraft will be replaced by an Airbus 330-200, which has the ability to accommodate 243 passengers.
With the arrival of the Airbus 330-200 comes a new flight plan that will be welcomed by its passengers. This one will fly to and from St Maarten without a stopover in Curacao and in doing so, four hours and 20 minutes of flight time will be saved.

Most would agree that the Boeing 747-400 is the most photographed plane because of its size and adding to that, the St Maarten approach is the only one in the world where a plane of that size passes a few feet over the heads of super exciting onlookers, all wanting the one of a kind experience.

Thanks to the hundreds of posting by local plane spotters, photographers as well as thousands of tourists (some professional photographers also). St Maarten was catapulted into the ratings at #8 as one of the countries with the most scenic approaches, ironically the image used in the ranking was the Boeing 747-400.
Now after today’s departure, it’s left to be seen which plane will be the attention grabber by the local plane spotters/photographers. Especially those who will be competing in the 2016 St Maarten Aviation Photo Contest Toppix.

Of all the professional photographers on St Maarten, Robert J Cijntje fits in a category of his own as a professional plane spotter who has spent countless hours shooting arriving and departing planes from all angles around the Princess Juliana International Airport.
“The B747 is a huge aircraft, in the beginning I had all kinds of problems shooting it, always had some part cut off (tail wingtips and even sometimes the nose). I am talking here about 2005 and 2006. I was just starting out with digital photography using slow cameras and not enough angle in my ‘wide angle’ lenses,” Cijntje said.

As far as Cijntje was concerned, size did matter and it was only after he began working with the PJIA, that he found himself in a better position to shoot from within the confines of the facility. “I was finally able to get some descent shots of the monster in 2006 and I was also able to shoot KLM and Corsair at the same time. That was the feast on Thursdays and Sundays.”

The past 10 years have been a good one for Cijntje because as long as he had the time to spare, he would arm himself with the right set of equipment and occupy his favorite spot at the Sunset Beach Bar.

He has since moved back to his home country of Curacao where KLM will still be operating and while those here will have to shift their focus to the other planes, he will still have it in his site. Because of his experience around planes, he was able to get lots of friends who are pilots also.

“I do have quite some friends flying at KLM and they tell me that one of the most wanted routes to fly is St Maarten because of the beautiful and unforgettable approach. Quite some captains have chosen to have St Maarten as their pension route.

This plane will no longer be here, however thanks to Cijntje, the brains behind the Aviation Toppix photographic competition. The award winning image of the Boeing 747-400 taken by Bernie Verhoeven which occupies a permanent spot above the entrance of the arrival hall will always serve as a timely reminder of its magnificence, power and might. But Verhoeven summed it up in her own words.

“I am proud and now that the 747 era at TNCM is over. This picture is even more special to me and I guess to the other people as well, we were lucky to have had this amazing aircraft at TNCM and I was lucky that, on that day KLM came in a bit lower and it has allowed me to share that iconic shot with the world. I am proud the 747 landing photograph will grace the airport’s arrival doors for the years to come,” she stated.
Photo caption: The fuselage of the Boeing KLM 747-400 passes just a matter of feet over the heads of these tourists as it approached the runaway during its penultimate flight on Tuesday. Photo Today/ Milton Pieters.