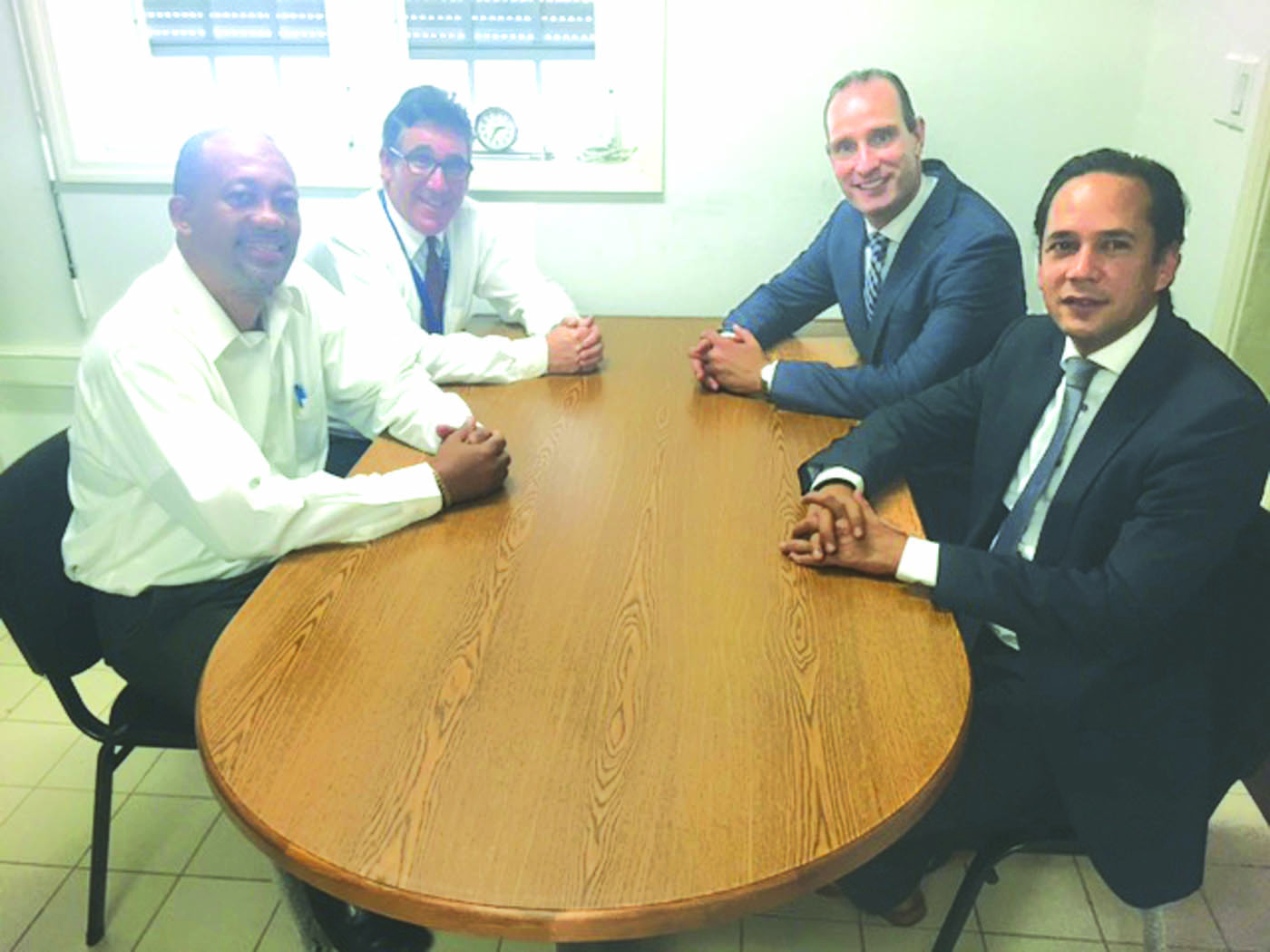 GREAT BAY – KLM and Winair have begun the process of expanding their business relationship in St. Maarten. The target date for implementation of code share agreement is scheduled for 2017. ”Winair currently enjoys a interline with KLM, one of the world’s premiere airlines, thru expansion of this agreement to a code share agreement both Winair and KLM will operate flights throughout each other’s route network offering greater benefits to our mutual customers, improving connectivity, adding destinations, pricing and ease of travel for customers traveling to and from the Caribbean, Europe and beyond,” stated Winair’s President and CEO Michael Cleaver.
KLM visited St. Maarten with an audit team of four people to perform a code share audit to ensure Winair is in compliance with requirements of the International Civil Aviation Organization (ICAO). The KLM audit team was warmly welcomed and found Winair to be very transparent during the audit. Two senior auditors from the corporate integrated safety & compliance department were invited to the SMCAA to share thoughts on regulations and authority in general. As the code share agreement must be approved by both the St. Maarten and Dutch authorities this visit was highly appreciated by KLM and Winair.
All operational disciplines of Winair were reviewed and audited by KLM to ensure the airline is compliant with ICAO-standards. There remains additional regulatory issues ahead of Winair and KLM, approval from the respective civil aviation departments, IT testing, fare structures for thru fares and implementation of the agreement. Once code share is attained this will greatly enhance service each airline offers to its customers, including seamless travel and additional options in travel plans.