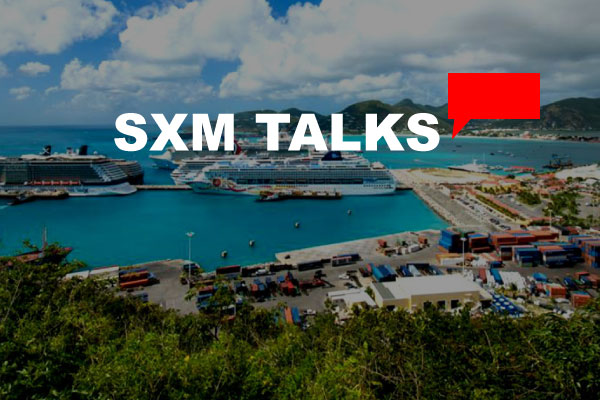 ORANJESTAD – “All businesses can become a victim of some form of cybercrime; the motive often is financial gain. A complex underlying issue makes this form of crime difficult to detect. The data is volatile, clues disappear quickly and the source is often anonymous. Furthermore cybercrime, which is not limited to borders and time, can cause great damage and make many victims in a small timeframe. It is a pre-eminent form of transnational crime,” Chief Prosecutor Ton Maan said yesterday at the opening of the first Caribbean Cybercrime conference in the Renaissance Hotel in Aruba.
Caribbean Cybercrime Conference
Maan delivered the opening address on behalf of Attorney-General Guus Schram. More than 130 people participated in the conference. Among them were representatives from governments, the judiciary, the police forces in Aruba, Curacao and St. Maarten and from private enterprises.
The purpose of the conference was to raise awareness about the growing threat of cybercrime and the growing demand for digital investigations.
Little is known about the nature and extent of cybercrime in the Caribbean, Maan said. “Although there isn’t data available on which we can base the assumption that cybercrime occurs to a larger or lesser extent in our countries, this can surely not be ruled out in these modern times. It would be naive to think that normal crime hasn’t evolved from the classic fleeing crook to the crook who now employs technological means to execute his crimes.”
Maan warned that the countries run the risk of lagging behind due to the limited availability of digital forensic expertise. “It is therefore not strange that there haven’t been any criminal investigations in relation to this issue, but it does not mean that cybercrime does not occur in our countries. We must not become easy targets; catching up appears to be the appropriate course of action.”
Maan had another warning: the fact that Europe and America are focusing their attention on the fight against cybercrime. “It is particularly possible that a shift will occur whereby the cybercriminal will seek out the Caribbean to strike. We have already experienced cyber-attacks.”Maan mentions an attack on “the tax office on one of our countries” as an example. “Banks are also faced with such attacks whereby messages are sent on behalf of the CEO to steer clients into performing transactions.”
Cybercrime is closer than we think, Maan continued. He added that a successful fight against it begins with the increase of knowledge and expertise, and intense collaboration between the public and private sector.
The prosecutor’s office will train one prosecutor in the field of cybercrime and reach out to the Dutch national prosecutor’s office for assistance from its experts.
Martine Vis, head of the Detective Collaboration Team RST addressed the conference via a video link. She did not make it to Aruba “due to, as she expressed it, enormous delays by Insel Air. “A police organization that has no interest or attention for information technology and cybercrime is a police organization without a future,” she said. “We can’t ignore it. It is there and it will only become an increasingly more important part of our lives.”
Vis added that cybercrime has become part of the daily police work. “Leadership has to be able to understand what is going on in the digital and virtual world to be able to make strategic decisions. It is our duty as law enforcement professionals to deepen our knowledge in this field and to strengthen the cooperation; between agencies, between countries, between the cyber businesses and between governments. We have to do this together.”