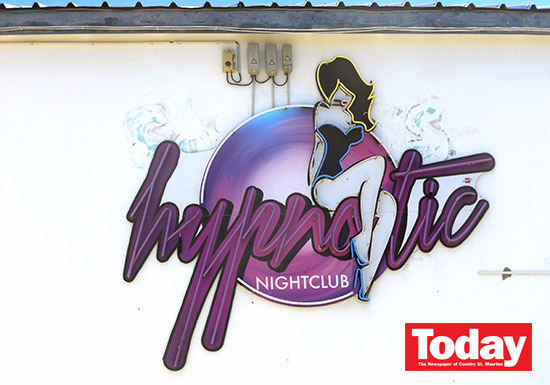 GREAT BAY – Hypnotic Hotel & Entertainment, and JMC Investments and Holding International did not keep any administration insofar the trustee in the bankruptcy of the two companies, Michiel Gorsira, has been able to establish. This appears from the first public report the trustee submitted to the Court in First Instance on September 7. In the meantime, the court has declared both companies bankrupt.

The trustee is investigating fraudulent actions of both companies as well as maladministration. If anything comes of this, it could mean that directors of these companies could be held personally liable. Former Justice Minister Roland Duncan was a director of Hypnotic for several years through his companies Stichting Duncan Holding Pensioenfonds (Foundation Duncan Holding Pension Fund) and D&B (Duncan and Brandon) Management and Collection Services NV. Both directors are located at the address Cannegieter Street 46, the office of the Duncan and Brandon law office. James Martin Carti, the director of JMC could also be held personally liable.

JMC is the owner of a building in Sucker Garden, where Hypnotic operates a brothel, the former Seaman’s Club under a license from Richbenzwan.

Hypnotic paid JMC $12,000 in rent per month; the rent has been paid until May of this year. Per September, JMC had a claim of $36,000 on Hypnotic for rent arrears.

The trustee’s report shows that Hypnotic had no employees and that there is no information about its turnover, or about its profit and loss statements. Hypnotic has no assets according to the report, while it is the “possible owner” of a number of movables in the building.

The report furthermore shows that Hypnotic made a management contract with Joan Peterson, who paid monthly exploitation fee of $18,000 during the low season and $22,000 during the high season.

Peterson told the trustee (during the period the report covers – from July 5 to September 6) that she was in the process of recruiting 25 prostitutes for which Hypnotic would have to offer labor contracts. The trustee wanted however more insight in the operating costs and the liabilities as well as the additional income. The report does not say whether this permission was granted.

The claims on the Hypnotic estate are from JMC (James Martin Carti) and Richbenzwan, the company that holds the permit for the brothel. JMC’s claim increases by $12,000 per month, and Richbenzwan has a claim of $778,907.61 of which $100,000 is contested.

JMC, the company of James Carti, owns the building where Hypnotic operates its brothel, but it is mortgaged for $434,295.56 per May 20, 2016. JMC issued a third party mortgage to First Caribbean International Bank for $490,000 to pay off the first loan and, the trustee, remarks, “probably for building structures belonging to JMC on a terrain in Sucker Garden.”