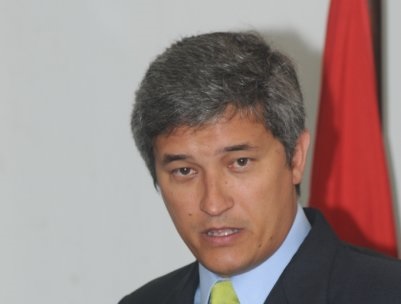 GREAT BAY — Member of Parliament and leader of the United People’s (UP) Party, Theodore E. Heyliger sent an open letter by way of the Dutch Representative’s office in Philipsburg to the Dutch Government in The Hague. We hereby publish this letter below.

A WORD OF GRATITUDE TO THE DUTCH GOVERNMENT AND ITS PEOPLE.

TO: Your Excellencies, Ladies and Gentlemen of the Dutch nation,

On the night of Tuesday 5th to Wednesday September 6th 2017, our island was hit by hurricane Irma. This caused tremendous devastations, both on vital infrastructure, including roads, the airport and the port of Sint Maarten, as well as to homes of citizens and company buildings. This has led to a major catastrophe of which the effects can hardly be comprehended. The damage is nowhere close to be estimated and it will take years before Sint Maarten will be fully recovered.

It is heart-warming that the Dutch people have supported a national action and that through this action by the Dutch people approximately Euro 15 million has been collected for the use of the Red Cross and aid actions in Sint Maarten.

Sint Maarten is also very grateful to the Dutch soldiers, the Royal Marechaussee and the National Police, who have excellently assisted and still assist in maintaining public order and safety and providing emergency relief. For the latter, I think, among other things (but not exclusively) about their help with:

– the distribution of primary necessities (water and food);

– providing emergency services to people who don’t have a roof above their head;

– restoration of vital infrastructure, including starting up air traffic, repairing and making ports of entry accessible;

I would like to thank the Dutch government for the deployment of capacity, for their assistance in the coordination of emergency aid and for sending the Joint Support Ship Zr. Ms. Karel Doorman with aid and materials.

In closing, I would like to raise a point of critique. The UP considers it very regrettable that the St. Maarten government, led by William Marlin, has spun around for too long to announce the State of Emergency. The State of Emergency was only announced on September 8th 2017. To the firm conviction of the UP this was far too late, causing the Sint Maarten population and Sint Maarten’s businesses not only to be catastrophically affected by hurricane Irma but also suffered the consequences of large-scale looting, both during and immediately after the hurricane has taken place. If the State of Emergency was announced sooner, Dutch soldiers could have previously been used to prevent looting. Unfortunately, this has not happened.

It seemed appropriate to me to express my gratitude in an open letter to the Dutch government and its people.

Thank you again, the Netherlands.

On behalf of the UP Party

Photo caption: Scans of the open letter to the Dutch government from MP Theo Heyliger. Click on the photos to enlarge.