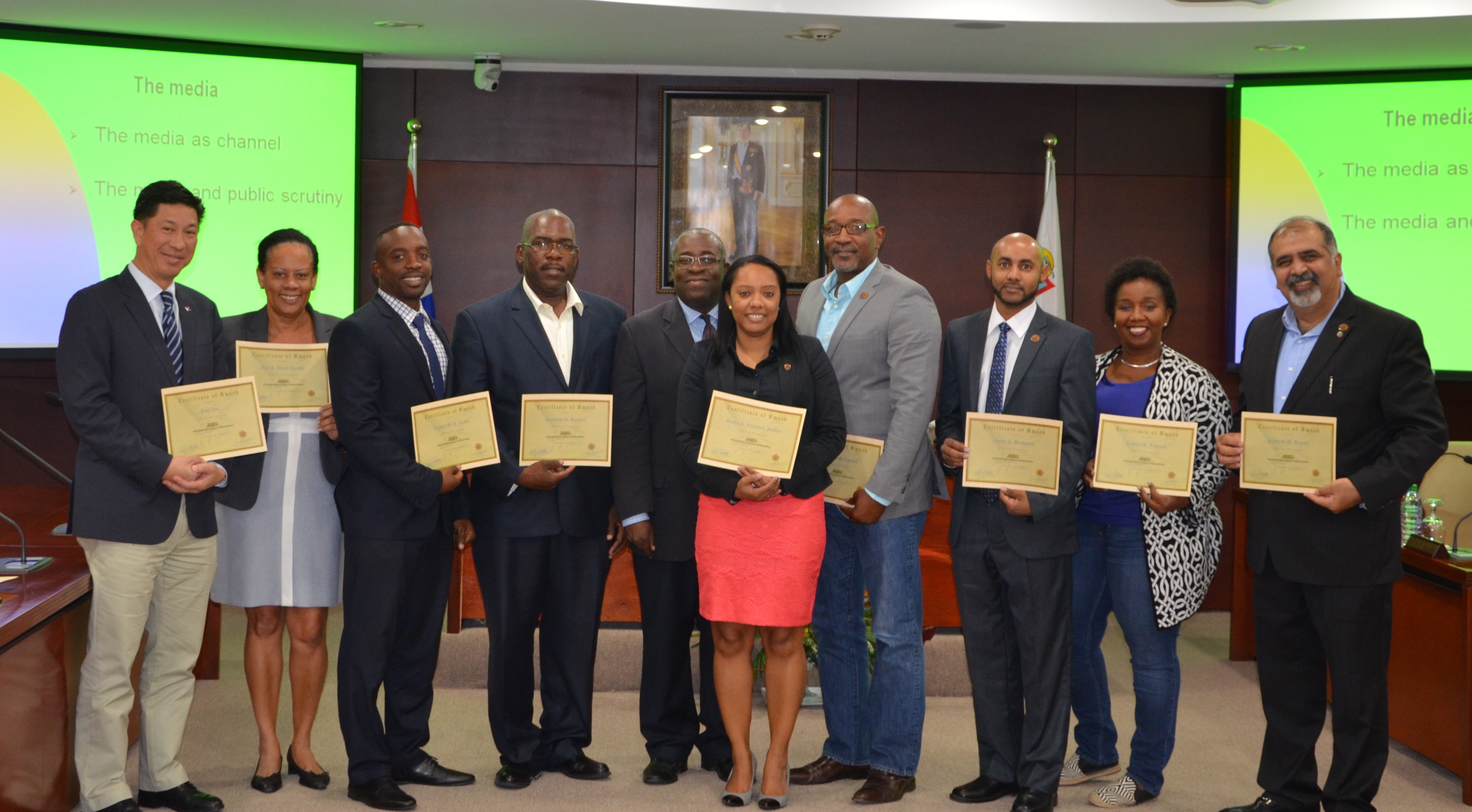 GREAT BAY – Members of the new parliament participated in an orientation week last week. After the oath taking ceremony on Monday, October 31, Members of Parliament delved immediately on Tuesday in the orientation week organized by the secretariat of parliament.
It started with a brief presentation by Secretary General Nancy Guishard-Joubert on some practical matters followed by a master class about the role of parliament in the constitutional framework as well as its competencies and responsibilities. This master class was provided by Luciano Milliard, the vice-rector for governance and policy affairs of the University of Aruba. Milliard has many years of experience in teaching constitutional law at the University of Aruba as well.
In the afternoon there was a presentation about the role of the General Audit Chamber in our parliamentary democracy as well as the relationship between this high council of state and parliament.

On Wednesday morning the master class resumed about the organization, Rules of Order and tasks of parliament. In the afternoon session the Council of Advice enlightened MPs about how this body executes its task as the main advisory body to the government and parliament about legislation.
On Thursday morning the MPs participated in an interactive session on the legislative process and the role of parliament and individual members. The trainer explained the phases of a draft national ordinance as well as the templates in order to enact legislation.
The Ombudsman provided the MPs with insight in her role as the protector of the people and the guardian of the Constitution on Thursday afternoon.
All the High Councils of State emphasized in their presentations that their reason for existence is to assist parliament in its supervisory role over government.
On Friday morning the orientation week kicked off with presentations from the trainer and in this interactive session the role of MPs was looked at in a wider context. Their political party ideologies, kingdom and regional organizations such as Ipko, Tripartite and Parlatino were discussed.
At the end of the orientation week all members were presented with a certificate for their participation.
The goal was to equip all MPs but especially the first time members with the necessary tools to execute their role as a parliamentarian during the 2016-2020 term.