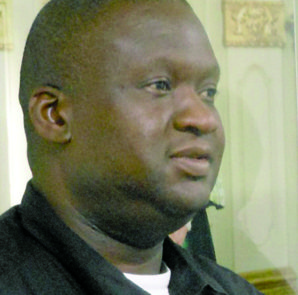 GREAT BAY – Kingdom Relations Minister Ronald Plasterk intends to speak with the new government about the progress with the plan of approach for the Pointe Blanche prison, in close consultation with the Progress Committee and Minister of Safety and Justice Ard van der Steur. Plasterk announced this intention in answers to questions VVD-MP André Bosman posed about the situation at the prison.

In August, the Progress Committee painted a bleak picture of the current situation. “We have not seen positive developments for the past two years and that is extremely worrisome. The government cannot dismiss this with the message that there is no money,” Chairman Nico Schoof said at the time.

The committee found that the prison has 107 people on the payroll – nine above the formation of 98 – but that only 50 of them are actually working. “The rest is sick, weak or nauseous,” Schoof said in August. A private security company fills the gaps.

The management of the prison has also come under fire. Schoof said that vacancies at the top are not filled and that director Rohan does not have things under control.

In February Kathron Fortune who was serving a 21-year prison sentence for killing Ervin Margarita on May 11, 2006 in Rice Hill Estate, escaped from his prison guards after a visit to the clinic of orthopedic surgeon Paul de Windt in Cay Hill. The role of the guards is still under investigation.

In August, the National detective agency arrested a prison guard on suspicion of taking bribes and smuggling drugs and cell phones into the prison.

On August 31, gang leader Omar Jones was shot to death in his cell.

Rohan also played a role in the vote-buying scandal from 2014 whereby a list of eligible voters in prison was allegedly given to MP Silvio Matser. The prosecutor’s office declined to comment yesterday on the possibility that Rohan had received in exchange $15,000 from Matser, but it did confirm that Rohan’s role in the vote-buying scandal is part of the investigation.

Plasterk points out in his answers that the government of St. Maarten has to determine how the prison will be enabled to execute the plans for improvement that have been discussed already in April of this year.

“Partially that is a matter of money,” the minister acknowledged. “But there are also improvements possible that do not require additional; budget, like eliminating unnecessary bureaucracy and reducing absence due to illness. The Dutch sister-services are in principle prepared to help but this preparedness is strongly linked to confidence in the perspective. Help from the Netherlands must be effective.”

Plasterk points out that the prison is the responsibility of St. Maarten’s minister of justice and that maintaining law and order is “an autonomous matter.”

The minister refers in his answers to the agreements that were made at the Round Table Conference in September 2010. “These contain concrete obligations for country St. Maarten and as a minister I demand that they are met.”

With the Progress Committee, Plasterk is clearly disappointed about the results so far: “The fact that the general measure of kingdom administration has been extended for the third time speaks volumes about the level and the speed of the agreed upon progress. The reports of the progress committee also mention stagnation or decline.”