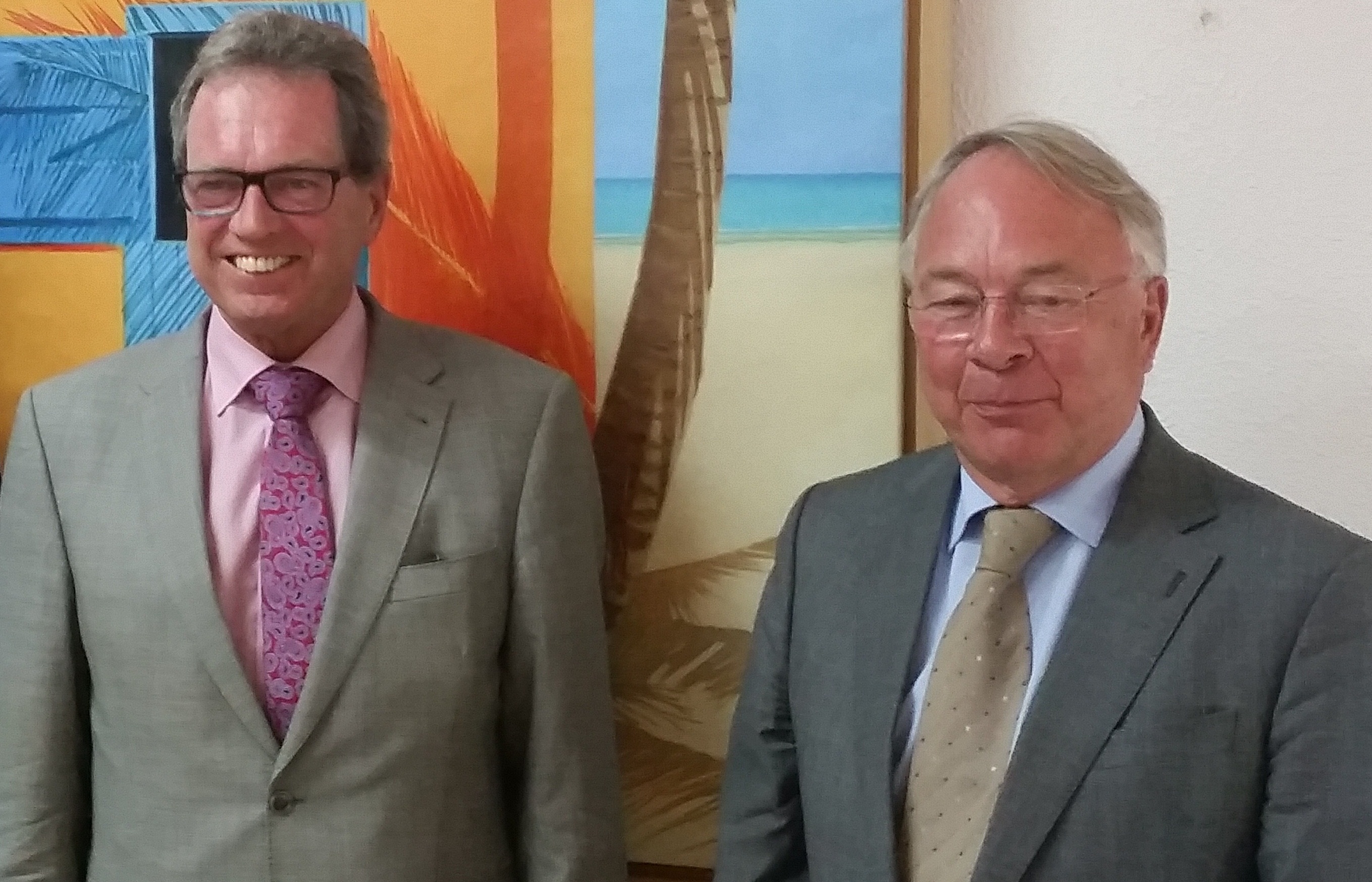 GREAT BAY – The Progress Committee is not entirely “cautiously optimistic” in its first quarter report as Justice Minister Rafael Boasman said at Wednesday’s Council of Ministers press briefing. This appears from the report of which this newspaper obtained a copy.
“After many months of insisting in vain for action with the government of St. Maarten the movements of the past quarter seems reason to be cautiously optimistic or, if you want, less pessimistic,” the report states about government decisions.
The report indeed mentions that the prime minister expressed his support to the Progress Committee for the measures the minister of justice is taking to improve the situation at the Pointe Blanche Prison.
“That is not surprising, if you consider that the reports of the committee of the past couple of years repeatedly and invasively appealed to the sense of urgency and that the Law Enforcement Council established in its reports large shortcomings. It had to come this far that through a court verdict – issued after a procedure initiated by the Inmates Association- orders were given to take a number of measures under threat of a penalty, is probably the proverbial straw that broke the camel’s back.”
The report speaks of “bad employer ship” because the function books for the police and the prison have not been formalized yet, warning that this could have formal consequences for the execution of the services of both institutions. The Progress Committee says that it is crucial to establish the function books. Minister Boasman said on Wednesday that he is doing everything possible to make this a reality.
The Progress Committee became at times “dispirited” about the dragging about with the computerized information systems of the police, “There is reason to bring this urgently to the attention again,” the report states.
Urges decision about Actpol
The airport is craving for the Actpol-system and the police are also dependent on this system for its proper functioning.
“Subsequent ministers did or did not participate with this joint facility; twice the services in St. Maarten were locked out of this system. That is not good, certainly when you consider that now, after many years, the ministry of justice has not yet developed good alternative. Basically the executing services are left empty-handed. The responsibility for this is in the hands of the government, especially the ministry of justice.”
The Progress Committee calls in its recommendations urgently on the governments of St. Maarten and The Netherlands to take decisions that St. Maarten will soon have the full use of Actpol at its disposal.
During discussions with Prime Minister Marlin and Justice Minister Boasman the Progress Committee got the impression that solving the profound problems at the prison requires outside help. “The minister of justice considers asking his counterpart in The Netherlands to make expertise available to establish which capacity is needed.”
The committee met with the interim-managers at the Pointe Blanche Prison, Wilfred Williams and Steven Carty and came away with the feeling that they do not work along the lines of the established plans, like the action plan the Council of Ministers has approved.
“The ambition to normalize the situation in the prison is good, but difficult to achieve, without executing a package of measures under a powerful one-headed management,” the Progress Committee writes, thereby suggesting that the two-man team is not functioning properly.
The justice ministry has installed a taskforce – consisting of Secretary-general of the Justice Ministry Rueben Thompson, Chief Prosecutor Ton Maan, Court of Guardianship Director Richelda Emmanuel and Chief Commissioner Carl John. The Progress Committee recommends giving this task force an important role in the selection of powerful management for the prison – consisting of a director and management team members. The task force should also support the minister to assess in which way the action plan for the prison can be executed speedily.
Photo caption: The chairman of the Progress Committee Nico Schoof (left) and board member Michel Marijnen. File photo Today / Hilbert Haar