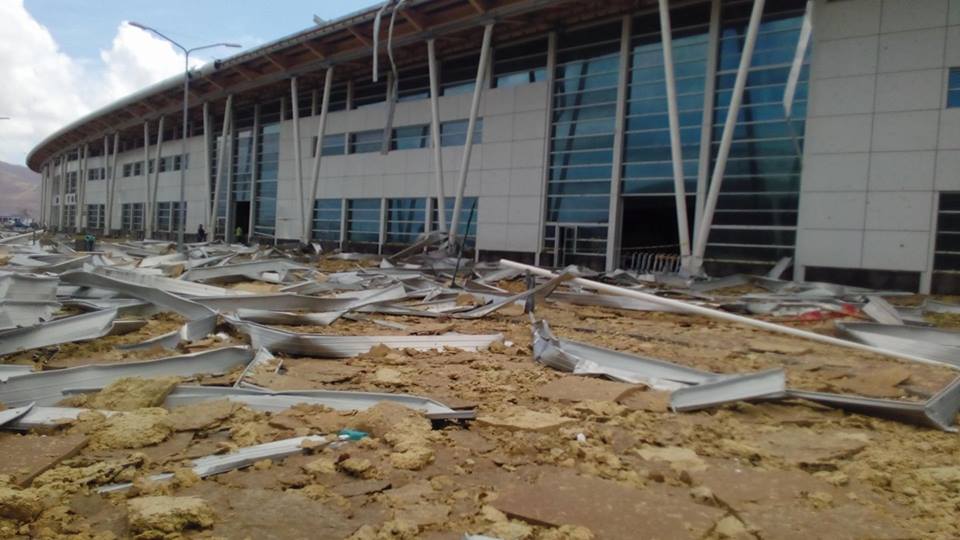 “Despite the severe damage the airport sustained with the passage of the monster storms Irma and Maria, we have been able to get back to the point where we can have commercial service again,” said Michel Hyman, COO and Acting CEO of the airport in a press release.

“Of course, we’re not back up 100%, but we recognize that the way the airport goes, so goes the island,” he said. “That is why we have been doing everything possible to ensure that we can resume commercial flights without further delay to signal to the world that the island is open for business again.”

All airlines have indicated that they will resume operations, he said, adding, “however some of them will do so with reduced schedule/ frequency.” Arriving and departing passengers will be processed at makeshift halls and itemization of existing

“The terminal building is not yet operational. Rebuilding it will commence soon,” he said. “In the makeshift hall we will have kiosks to accommodate a variety of concessionaire services such as food and beverage.”

According to Hyman, “Safety and security remain the core principles of our airport business. Security measures will be at 100% level for all areas and safety will be exercised and carried out as the norm of the day.” “The ATC is operational and will provide separation and clearances for all aircrafts landing into SXM Airport and flying over to neighboring islands. Hub partners have been contacted and will be

informed of our start date so that they can start their own marketing campaigns to attract travelers through SXM Airport into their final destination.”

Hyman said “the resumption of commercial flights will allow our hub partners to breathe a sigh of relief because of the inter-dependence of the islands. Hyman said passengers will have to consult their travel agents or airlines directly for information

“We urge all users and stakeholders to bear with us as we embark on the restoration of the airport to its position as the leading airport in the region,” Hyman said. “I want to thank all the staff of PJIAE as well as the management team and Supervisory Board of Directors for their selfless dedication, hard work and commitment during these very difficult times for them and their families. It is their resilient spirit that has brought us to this point of reopening and I am confident that same spirit will take SXM Airport back to the top where it belongs.”

He concluded by thanking the Minister of TEATT, Mrs. Melissa Arrindell-Doncher and her staff for their unstinted cooperation. “SXM Airport is open for business again as the gateway to Paradise,” Hyman said.