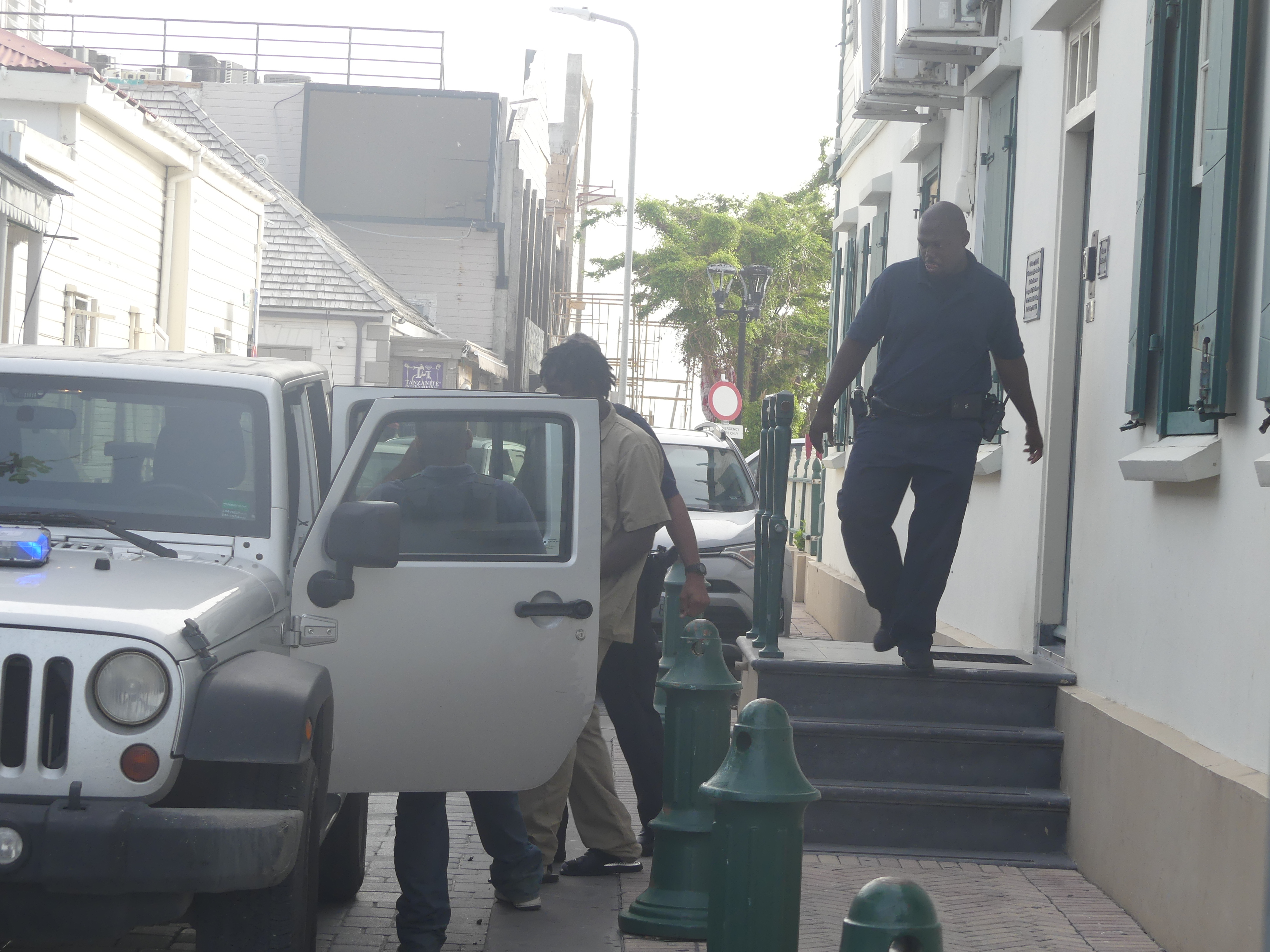 GREAT BAY – Kendy P. will hear on November 8 how much time – if any – he will have to serve for a string of armed robberies that took place between July 27 2016 and October 18 2016.  The 25-year old stands accused of eleven robberies, whereby he grabbed $8,210 from his victims in cooperation with a second man who was already convicted in June. Yesterday, the public prosecutor demanded a 9-year prison sentence against P.

Kendy P and the second robber – 27-year old Orlando Tovian Gray came in the picture after witnesses reported the license plate number of the getaway car. This vehicle belonged to Kendy P.

All robberies were committed by two men and the modus operandi was always the same. One man controlled the situation by holding two handguns in a theatrical way and the other robber grabbed the cash and stuffed it in a gray backpack. In the end, the robbers got caught red-handed when they robbed budget marine in Cole Bay on October 19 of last year.

The public prosecutor said that the robbers always used a silver-colored and a black handgun, and that one of the robbers had a Jamaican accent. They always used the same getaway car too.

“After Kendy P. was arrested there were no more robberies of this type,” the prosecutor said, adding that the two men had probably committed as many as 29 armed robberies. Attorney Geert Hatzmann accused the investigators of self-congratulation by claiming to have solved 29 armed robberies and by attributing them all to his client.

“I am not so convinced of the success that the investigators claim. The prosecutor is throwing in the towel in 18 out of 29 cases and he does not even mention them in the summons.”

Hatzmann furthermore pointed to the differences in descriptions of the robbers witnesses reported. There are differences in length, posture, and length difference. In one case, a witness even reported that there was no difference in length between the two robbers at all.

The court will take its time to evaluate the facts of the case and render its verdict in three weeks time.

Photo caption: Kendy P. is led into a waiting car that will take him back to the Pointe Blanche prison. Photo Hilbert Haar.

Fire at W.I.B. on Bush road