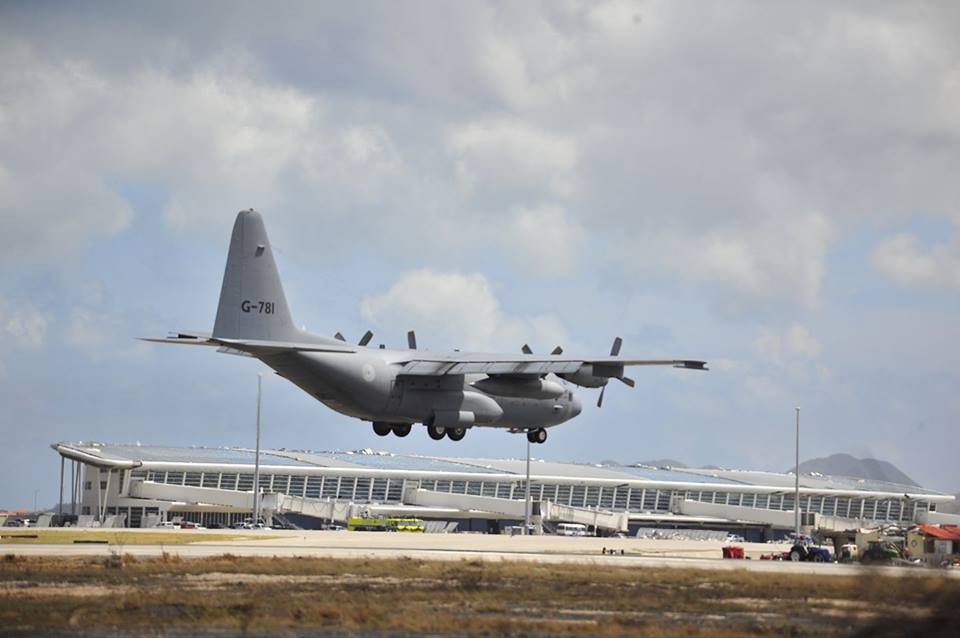 PHILIPSBURG / HILVERSUM – “We are very happy with the marines that were sent here, but this is still not enough. We hope that more help is coming,” expressed 30-year old Marvio Cooks from St. Maarten.

He and his family have taken refuge in Little Bay. Around him he sees many people looting, many with lack of food, water and shelter, but some are stealing brand new electronics. “More control and enforcement is needed.”

Also Eveline Henriquez-Dijkhoffz, who is located amidst ravage in Point Blanche hopes for the arrival of more marines. “A lot of places have been broken into, especially in the Pelican Area; the area is in need of immediate military assistance.”

The Point Blanche prison is located in this same district. “The prison is damaged. Marines are guarding the vicinity, so I try not to think on that too much”, said Eveline. According the minister of Justice of Curaçao prisoners from St.Maarten are relocated to the prisons at Curaçao and Bonaire.

She is relentlessly trying to find out information about the next storm, Jose, and whether it will hit the island. To her relief one radio station on the island is back on air, but information is still scarce.

“I heard from my sister that the King himself is coming to extend moral support”, said Marvio. “We are very happy with the support and supplies from the Netherlands, but many are hoping that more serious measures are taken to combat the looting and burglaries.”

Eveline decided to remain at home during hurricane Irma. She sheltered in a concrete area nearby her garage. “There are barely shelters. Let all those who have lost everything look for shelter there.”

The roof of her house is still intact, but many of her neighbors did not have the same luck. Together with her husband she is trying to clean up as much as possible and further strengthen the house, while helping others. Her son sometimes goes over to the neighbors to share information received. Some of the neighbors have still not been able to make contact with their families abroad.

Shelter, safety and enough drinking water and sufficient food for the people on St. Maarten are the main priorities, which the marines are busy with.

“We have a big cistern and it is full. We have enough water for the time being. Food will eventually become a problem, if a means to restock is not found. From informal reports in our inner circle of friends apparently there are a few supermarkets which did not receive extensive damage to the coolers”, Eveline informed. “This means fresh produce can be delivered soon.

‘Community helping each other’

Marvio said the drama on St. Maarten is bringing the people closer together. “People are in shock, but also grateful that they are alive and ready to rebuild. Everyone is trying to help each other and must shelter together for the next storm.”