Home Local News St. Maarten: what about the children? 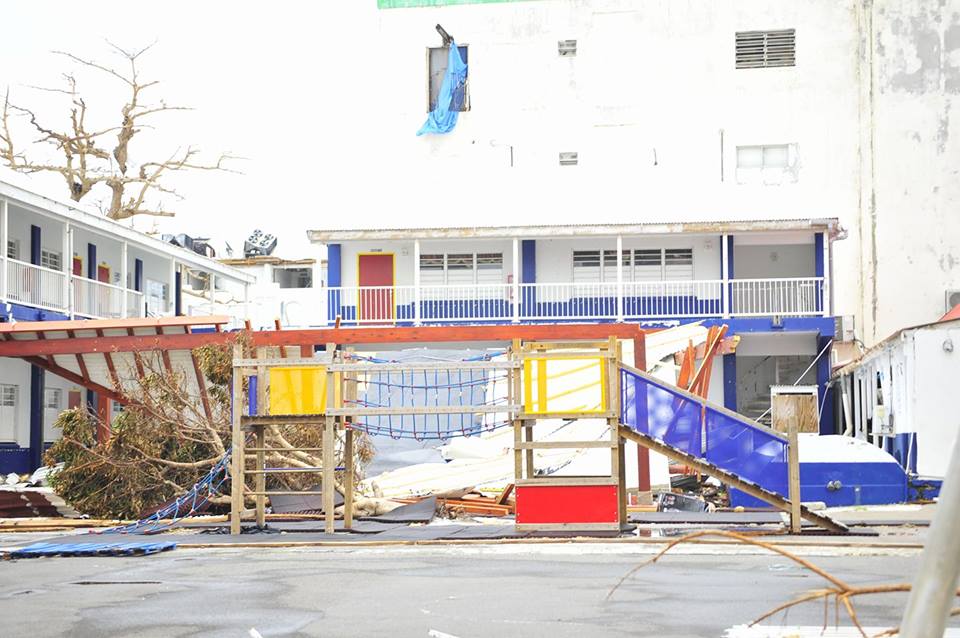 PHILIPSBURG –Eveline Henriquez is struggeling with a huge moral dilemma: should she let her children be evacuated or not? “The oldest is old enough to let him leave to go to family in The Netherlands.” she says. “But the youngest is not and I don’t want to separate them from each other.”

Eveline is manager of a large food distributor and knows better than anyone that normal food will not be easy to get on tables anytime soon. She would prefer, if it comes to that, that the children be on Curacao or another island close by. “Because if they leave, it will be for a long time and Holland is so far away.”

The question what is best for young children is painful for many parents and the answer is quickly needed because – unconfirmed – reports have it that the Red Cross has offered to evacuate children the coming days to The Netherlands.

Richard Gibson Jr., son of the Minister of Finance, also does not know what he should do. “I understand that parents find the present situation very dangerous and soon will have to focus their attention on the repairing the damages caused. Children will be a bit in the way.

“It is indeed so dangerous that everyone that has little children are driving around with them on the backseat and are definitely not leaving them at home.”

The schools are all closed as some are seriously damaged and the school boards are now for the first time meeting today to access the situation.

“Can grandpa and grandma take care of two children? Richard wonders. “He would rather gladly prefer to keep them on the island.

Photo caption: Dr. Francio Guadeloupe, dean of the University of St. Martin (USM), driving his heavily damaged car to carry emergency supplies and water to the USM which he has opened up a shelter. Photo by Jean Mertens.

One person who didn’t have a hard time deciding to send his children immediately off the island is Francio Guadeloupe, Dean of the University of St. Martin. His house has been completely blown away by hurricane Irma and he is driving around in a car without any windows.

“I am sleeping here with friends, then there with others, I never know beforehand; you can’t do that with children.” he says. He has opened up the university building as a shelter and is helping with the supply of emergency aid and water.