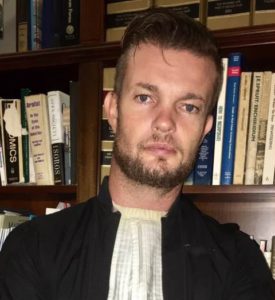 GREAT BAY – On February 22 a 58-year-old woman was horribly ill-treated by her 35-year old son. The two have a dispute about an apartment and their mutual rights and obligations. Just before the man attacked his mother, he had ill-treated his wife attorney Geert Hatzmann informed this newspaper.
“The son pulled my client by her hair, smacked her forcefully on the ground, hit her in her face and even attempted to break her neck with a chokehold,” Hatzmann says. “My client was injured to such an extent that on Wednesday, exactly two weeks after the incident, she still could hardly walk. Someone had to assist her to get up and down the stairs. My client is obviously also heavily traumatized by these events.”
On March 3, the woman sought help from Hatzmann. He sent the complaint, the medical report and a series of pictures of the injuries to the Public Prosecutor’s Office. “I urged the prosecutor to handle this case immediately and to have the son arrested on the same day. His address is known.”
That did not happen and three days later, last Monday, Hatzmann sent the prosecutor’s office a reminder. The prosecutor sent the following reaction: “You may in any case expect that we are taking this seriously. And we are doing that. We have been busy with this case all morning. Everything depends on the investigative capacity.”
Yesterday morning Hatzmann sought contact with an employee of the House of Detention at the police station in Philipsburg to check the progress of the case. “He told me that the son is not there and therefore he still has not been arrested.”
Hatzmann, a strong advocate for the interests of victims in criminal cases, says that this is “shameless.”
“If a man in the strength of his life ill-treats his mother in such a way that she is still unable to walk two weeks later it is evident that quick justice is called for. It will not do to come with the eternal mantra of investigative capacity. This is a situation of a shocked legal order. For the heavily traumatized victim this weak attitude is unacceptable. Even worse, in my opinion this is almost an invitation to family and friends for vigilante justice.”
Hatzmann adds that, based on article 74 sub 1 of the code of criminal procedures, a public prosecutor could just get into his car, drive to the son’s house and arrest him himself. “If he takes along his tall colleague (name provided) then I do not foresee a single problem and it would give both prosecutors a dose of street credibility that they can enjoy for the rest of their lives.”