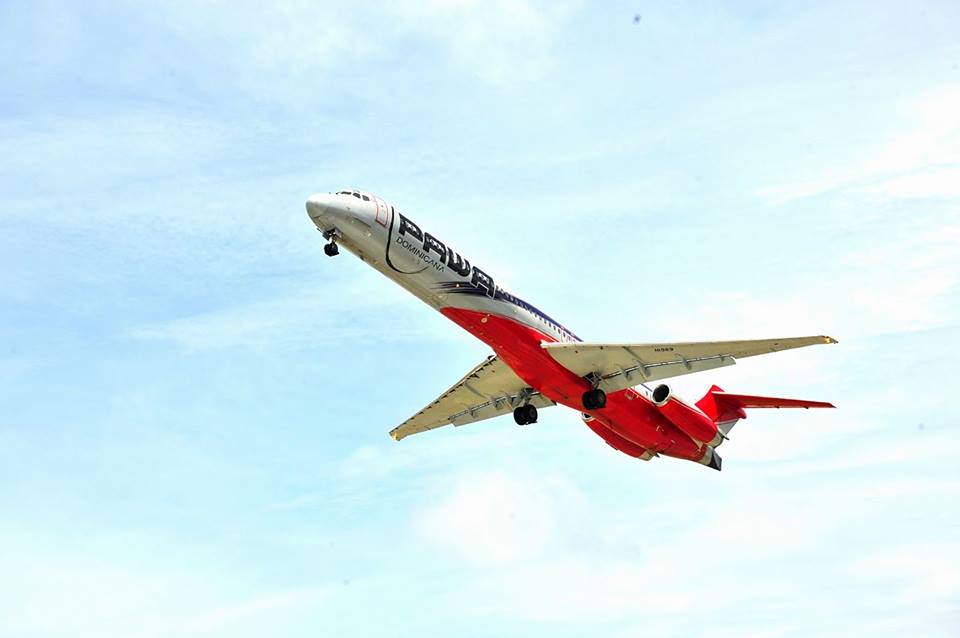 PHILIPSBURG — In a phone conversation today with this newspaper, Winair CEO, Michael Cleaver, after verification with his office confirmed that indeed Winair will be executing three commercial flights between Curacao and St. Maarten for the purpose of repatriating residents back to St. Maarten.

The local airline’s CEO confirmed that once-a-day, round-trip flights will take place on Thursday, October 5th; Saturday, October 7th; and Tuesday, October 10th. The maximum number of passengers on the SXM-CUR route will be 130 and on the CUR-SXM route, it will be 145. WINAIR will utilize a PAWA Dominicana aircraft via its wet lease agreement with that company.

This special commercial and repatriation flight operation was announced today by the Minister of Tourism and Economic Affairs, Mellissa Arrindell-Doncher. The flights will service the St. Maarten-Curacao and Curacao-St. Maarten routes two times this week and once next week.

The Minister stressed that the flights are designated as special commercial flights, so there will be a nominal fee that the passenger will have to pay. The flights are primarily meant to repatriate St. Maarten residents who hold a Dutch passport or valid residence permits. French nationals and/or French residents with valid documentation can also travel from Curacao to St. Maarten.

The Minister expressed her thanks to WINAIR for working with government to get the flights done for this week. She explained that the flights will be for one week only and revisited after the final flight next Tuesday.

She also said persons stuck in the US, for example, can book and to make their way to Curacao, if they can, to make their way home. “We realize that some may not be able to do so because of possible financial impediments, but until our airport is ready to accept full commercial flights, this is what we can do for now to get some of our folks home,” the Minister explained.

Winair CEO, Michael Cleaver, confirmed that clients can indeed book these flights online. He could not confirm what the fare would be, but advised that the fare was a reasonable and affordable price and could be easily found online.

Cleaver also said that Winair was working diligently together with GEBE and TelEm to get their new office in Philipsburg up and running as soon as possible. This was made necessary after hurricane Irma completely destroyed their main office building at the SXM Airport. He did not want to disclose the new location that would house Winair’s reservations department permanently in Philipsburg as he did not want clients coming to the new office to book while it was not ready yet to receive customers.

Cleaver also told this newspaper that effective this Friday, October 6th, Winair will commence a limited commercial service to the destinations Saba, St. Eustatius, St. Barths and St. Kitts. “The flights are being loaded in the GDS systems as we speak.” Cleaver said. “Travel agents are advised to check in their respective reservations system, be it Sabre, Worldspan or Amadeus, to see the limited flight schedules now available to book in the systems.”

Finally, Cleaver advised for booking please go to their online booking site or for customers to go to their favorite travel agency.