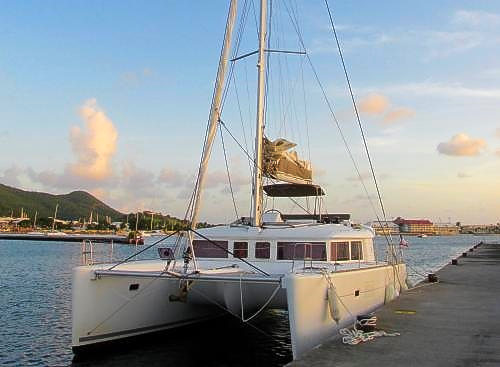 MARIGOT–The skipper of a catamaran has been sentenced in Guadeloupe for attempting to transport fifteen illegals by boat from St. Lucia to St. Thomas in the US Virgin Islands.

Found on board were 14 Cuban nationals (including five women and a three year old child) and a Jamaican. The vessel left St. Lucia but made a stop-over in St. Martin for supplies on its way to St. Thomas and to allow one occupant to disembark.

The skipper of the vessel Wensley George from Dominica was taken into custody as was the Jamaican who was the holder of a nautical Seaman’s Book. The investigation revealed that the Jamaican was to be landed in St. Martin in an irregular situation.

The 14 other passengers were interviewed by PAF and subjected to a deportation order to their country of origin. Also found on-board the vessel was 2,000 euros.

The organisation chartered sailboats such as the Lorena, and hired skippers like Wensley George on an ad hoc basis to transport the illegals.

Wensley George admitted in court to already having transported 60 illegals for a fee of about 800 euros each.

The catamaran has been returned to the charter company.
Source: Daily Herald
15 illegals found on board catamaran in Marigot Bay