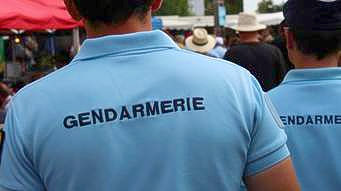 MARIGOT–Gendarmes fined sixteen drivers for driving under the influence of alcohol over the New Year festivities and a further two were summoned to court for more serious offences, the Gendarmerie reported on Monday.

Controls were set up at the Hope Estate Roundabout, Grand Case and the Bellevue roundabout between 3:00am and 6:00am on New Year’s morning.
The 16 drivers who were controlled were each fined 90 euros and had six points deducted from their license.

Capitaine Emmanuel Maignan indicated the 90 euro fine reflected the “low alcohol content” of the drivers tested. About 200 cars in total were stopped in the controls.
“We noticed a conscious effort of drivers, many who were women, to keep below or on the legal limit,” he said. “It was a better effort than the year before. Most of the drivers controlled had been in the Orient Bay area.”

Two drivers, however, had a high alcohol content when breathalysed and were subsequently summoned to court. They risk a maximum 4,500 euro fine under French law and risk having a suspension of their driving license up to three years and other penalties depending on the severity.

Capitaine Maignan did not have the alcohol readings immediately at hand of those controlled.