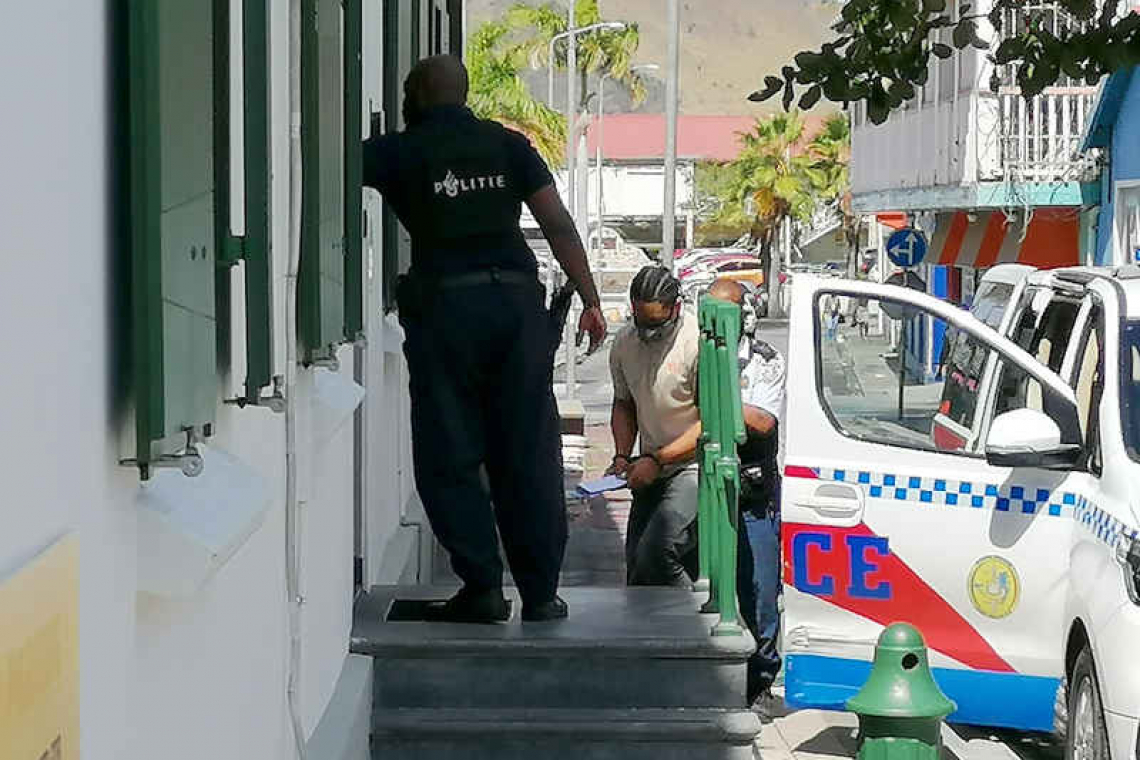 PHILIPSBURG–A young man who is presently detained in Miss Lalie Youth Care and Rehabilitation Center is facing eleven years in prison for manslaughter. S.L. (18) is held responsible for taking the life of a 17-year-old boy who was killed by a single gunshot near the basketball courts in Belvedere on August 25, 2020.

The victim and L. had an argument, which escalated into a physical confrontation, about L.’s erratic driving on a motorbike.

L. told the judge on Wednesday that he had fired one single gunshot reflexively after the victim hit him in the face. He panicked and left the scene, but turned himself in at the police station after learning that the young victim had died from the short-range shot.

L., who has been convicted of illegal firearm possession before, told the court that he had had problems with the victim and his friends for a long time. These problems reportedly stemmed from problems during Carnival celebrations between rivalling groups in Dutch Quarter, where L. resides, and Belvedere, where the victim lived.

L. said he felt guilt about what happened, but had failed to reach out to the victim’s family, some of whom were present during the hearing.

The family filed for US $8,160 in material damages, which included funeral cost, and for immaterial damages to the maximum amount of NAf. 50,000. “I do not understand why my son had to die,” the victim’s mother said in tears.

The prosecutor did not consider murder proven, but found the defendant guilty of manslaughter, as this was not considered a case of self-defence. He found the suspect, who has been held in Miss Lalie Center since August 27, 2020, slightly diminished in accountability for his acts.

“He shot without hesitation. This is mind boggling. … It was a totally pointless case without a goal,” the prosecutor said.

Attorney Shaira Bommel said her client had confessed, but called on the court to take her client’s personal circumstances into consideration in imposing a sentence. “He responded in blind panic, out of fear, anger and emotion.”

The lawyer said her client had made an “unwise decision that will weigh on his conscience all his life” and pleaded with the court to also take his diminished accountability into consideration. She argued to reject the claim for damages for insufficient substantiation.

In his final word, L. begged the victim’s mother’s forgiveness, and told the judge he was hopeful of a chance to better his life.

The court will give its decision March 10.