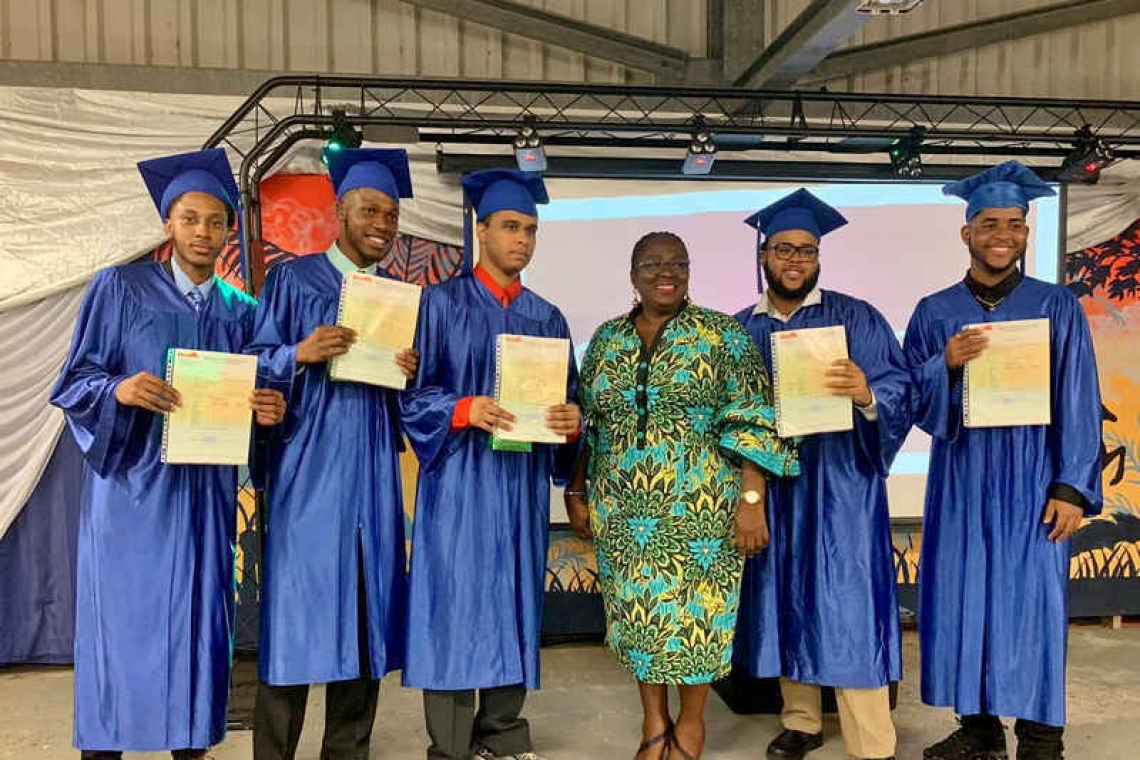 GvP School had switched from the Dutch system to the English system and introduced CSEC. Jaasiel Hinckson was named valedictorian of the graduating batch.

Deputy Government Commissioner Alida Francis congratulated the graduates for passing their examinations at a 97.5 per cent rate. This, she said, “is an exceptional achievement in the exceptional times in which we are living.”

Francis said the students’ success could be attributed to several factors such as the fact that English was the main language of instruction, the teachers’ hard work to ensure that students understood the lessons well, the school’s management in ensuring that students have the tools needed to facilitate the education process and students displaying a high level of discipline by investing time and energy in making optimal use and taking full advantage of the opportunities afforded to them.

“The past years leading up to this day have been not only a learning process for you, but these past years have also been a learning process for your teachers, who in most instances were trained in an entirely different educational system,” Francis said. The switch in the educational programme saw the school’s teachers having to be re-trained in a new system to ensure that the students could achieve success.

This also was the case for parents who assisted their children in their lessons and had to adjust to the new CSEC system of education, Francis said.

“So, while this evening is such a positive milestone achievement for you, the student, the same applies for your parents, teachers and the GvP School on the whole, as you did this together, and that is the way it should be, because education is a partnership and we should never lose focus of this fact,” she said.

Graduates throwing their caps into the air in celebration.

She encouraged students to put their best foot forward, as the success they have achieved can be repeated anywhere. “Your attitude towards your own education will determine how successful you are,” Francis said. She congratulated the graduates on behalf of the public entity St. Eustatius, and wished them success with their future.

Also in attendance at the graduation were School Board President Christina Woodley-Charles, GvP Principal Rosalie Edelstein-Lopes, and family and friends of the graduates. The featured addresses were delivered by Woodley-Charles and Edelstein Lopes.

There were performances by GvP Dance Group “The Heartbreakers” and Jolly Ferwerda and Company, who performed the song “I Am Sailing”. CSEC Mentor Jan Meijer assisted with the presentation of the diplomas. 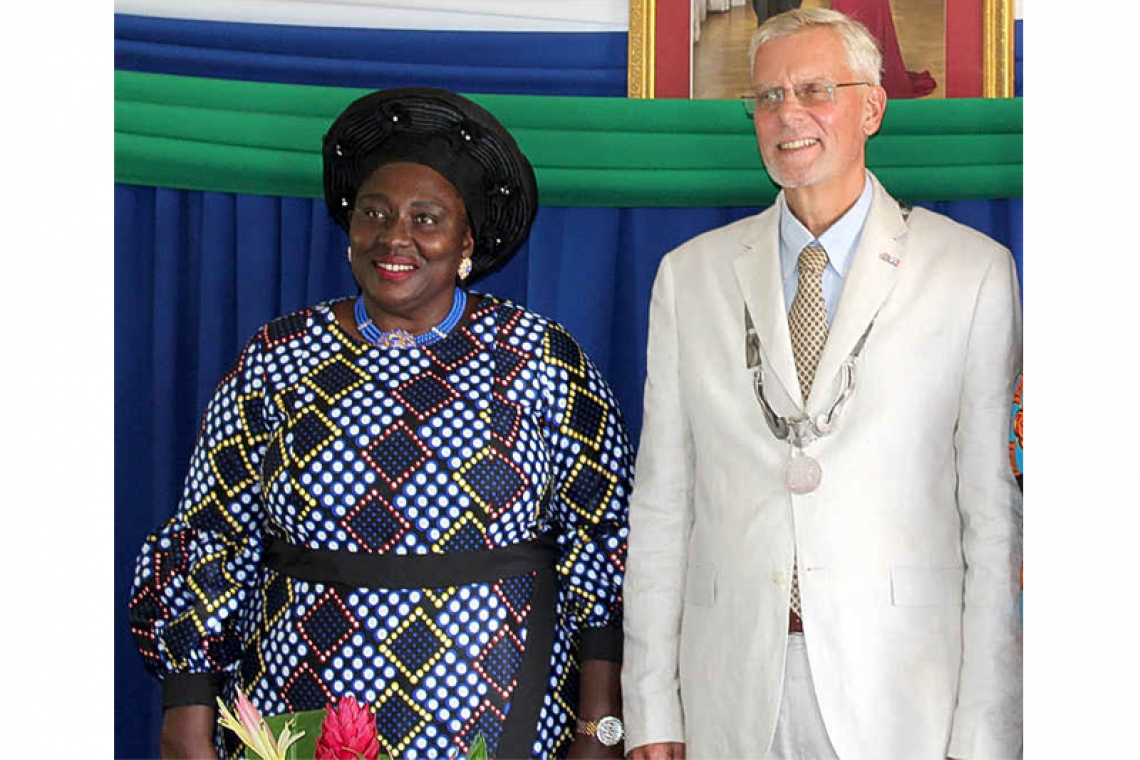