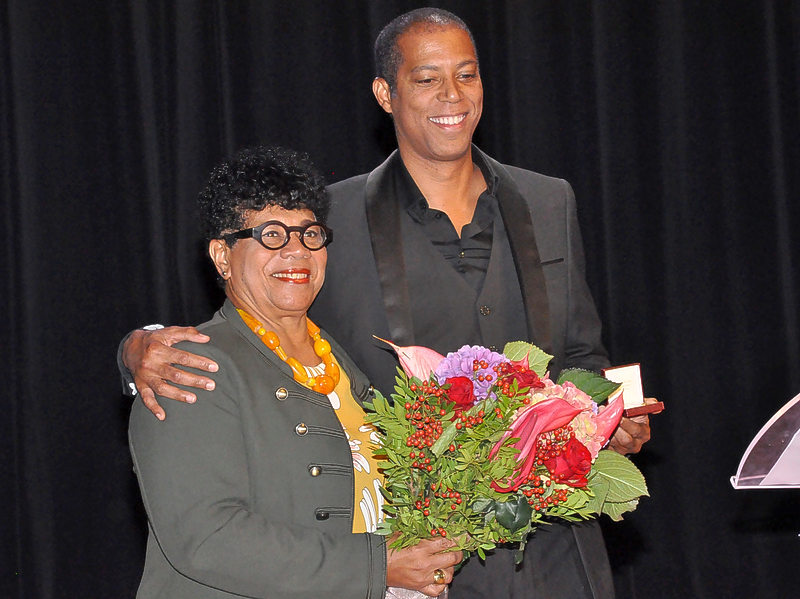 AMSTERDAM–The first edition of the Black Achievement Month came to an end with a closing ceremony in Amsterdam on Monday. Project leader John Leerdam dubbed it a great success with a near full attendance of the many events held throughout October.

“We did it and we will be back,” said Chairman Antoin Deul of the National Institute for the Dutch Slavery Past and its Legacy NiNsee in the presence of a select audience at the Bimhuis in Amsterdam. “The first Black Achievement Month is a fact. History has been written. We painted the cities black,” said Deul.

The Black Achievement Month, hosted by NiNsee, focused on the power of the black community in the Netherlands, their achievements and contribution to society. Using the term achievement instead of the word history as is the case with the Black History Month of the United States and the United Kingdom, was a conscious choice of NiNsee. “We wanted to highlight the strength of our community,” said Deul.

The event has created quite a stir, mostly positive. “Some people say it came at a right time. Some people say it should have been done earlier,” said Leerdam, who agreed that it was high time that such an event was organised to highlight the strength of the black community. “We were craving this,” said Deul.

Throughout October, events were mostly held in Amsterdam, but also in The Hague, Leiden and Leerdam. There were theatre shows, music events, movie showings, a folktale story-telling event, lectures, seminars, debates and exhibitions. All these events were highly successful with an attendance of 97 per cent, said Leerdam.

Vice-chairperson of NiNsee Joyce Overdijk-Francis said farewell on Monday. For the past five years she has worked diligently on getting NiNsee back on its feet after the subsidy of the Dutch Government was ceased. “You helped to rebuild NiNsee and we are very thankful for that,” said Deul, who referred to Overdijk-Francis as a front-runner of emancipation.

Overdijk-Francis, who received a pin as an honorary citizen of Amsterdam from the NiNsee Chairman, suggested that she considered it her task to make sure that NiNsee didn’t die a silent death. “We couldn’t accept that as a black community.”

With the financial assistance from the Amsterdam Municipality, NiNsee was able to revive its initiative. Amsterdam was a major contributor to the Black Achievement Month, along with the Ministry of Social Affairs and Labour and many other sponsors.

Overdijk-Francis mentioned the recent promise of Dutch Minister of Social Affairs and Labour Lodewijk Asscher that an additional half a million euros would be made available for NiNsee, the Black Achievement Month, the annual commemoration of Emancipation Day, additional research and new initiatives.

Giving recognition to the important role that NiNsee has to preserve the black heritage, Overdijk-Frances expressed the hope that the institute would maintain its position as the “forefront of our people.” She said the black community owed that to their forefathers who fought for freedom and emancipation.