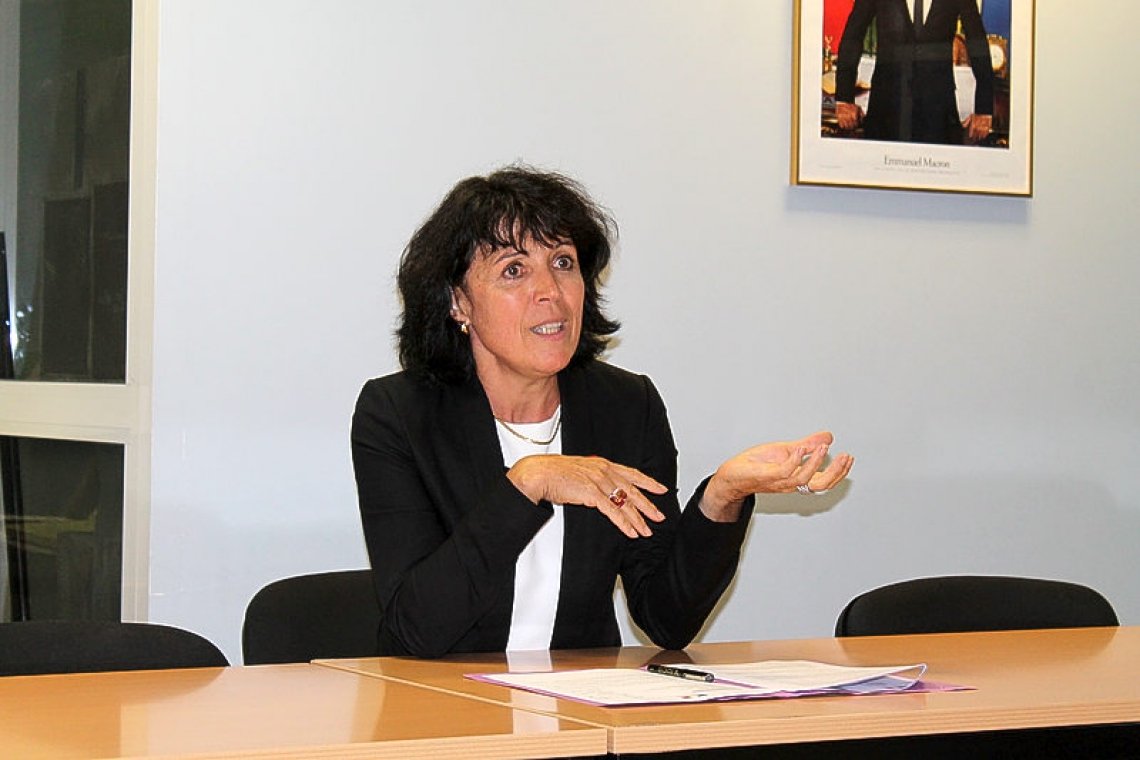 MARIGOT–The Préfecture on Sunday repeated its call for “utmost vigilance” to avoid a resurgence of the coronavirus as two new confirmed COVID-19 cases and two probable cases were confirmed on Saturday.

“A new case was confirmed on Saturday which shows the persistence of sporadic cases occurring in the territory,” it said in a release. “In addition, a patient from the Dutch side was hospitalised last night [Saturday night – Ed.] at Louis-Constant Fleming Hospital, forcing the hospital to re-open the COVID unit. The two probable cases were also admitted yesterday [Saturday] to the same unit and are also awaiting results.”
According to the release, the Dutch side has eight active cases, including a new one on May 12, for a total of 77 cumulative cases and 15 deaths, compared to 40 cumulative cases and three deaths in French St. Martin since the beginning of the crisis. The French side ordered a full lockdown on March 16 and Dutch St. Maarten on April 4.

On April 4, in order to slow down the spread of the virus on the two territories and in response to the complete shut-down put in place by the Dutch-side government two weeks after the first lockdown measures on the French side, St. Maarten Prime Minister Silveria Jacobs, President of the Collectivité Daniel Gibbs and Préfète Déléguée Sylvie Feucher decided by mutual agreement to limit border crossings.

It was agreed that this should continue until the health situation had been completely brought under control. Waivers for professional reasons were issued to maintain the island’s economic activity.

The meeting with the government of St. Maarten held on Thursday, May 14, planned a new meeting for Wednesday, May 20, to draw up a first health assessment of the de-escalation measures put in place on each side. The success of this phase of progressive de-escalation should lead to the lifting of controls in complete safety on June 2.
“The government of St. Maarten decided to abolish the controls carried out on its territory, which means the French authorities must be extremely vigilant given the still active circulation of the virus on the island and in the context of the French side de-escalation [re-opening of primary schools, resumption of economic activities, access to beaches and opening of restaurants].
“The health of the population is the only argument that guides our decisions. It is for this reason population movements between the two parts of the island have been limited. St. Martin is still in a fragile health context and therefore has decided to maintain strict control between the two parts of the island for the next few days.”
Entry onto the French side of the island is only possible on presentation of a certificate.
Checks carried out by the Gendarmerie and border police will be maintained in Bellevue (after the commercial zone on the RN7) and in the French Quarter district. Access via Terres Basses and Baie aux Huîtres remains blocked.
Each person must be in possession of a certificate justifying entry into the territory of French St. Martin issued by the Préfecture (for compelling professional, health or family reasons) and Form C issued prior to May 16 by the government of Dutch St. Maarten
The Préfecture will rapidly propose to the government of Dutch St. Maarten to examine, in conjunction with the Collectivité, the conditions that would make it possible to lift these last controls on travel to the French side, in particular with regard to screening and follow-up of contact cases, as well as respect of hygiene measures and wearing of masks in public places, on public transport and establishments open to the public.