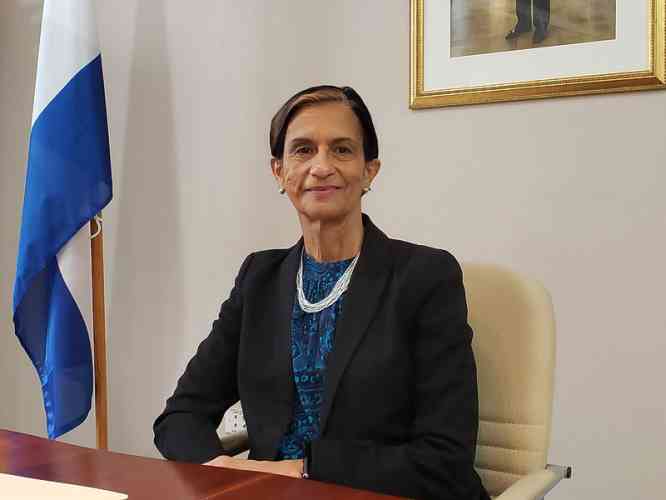 PHILIPSBURG–United Democrats (UD) Member of Parliament (MP) Sarah Wescot-Williams expressed “utter disappointment” at the “last minute” postponement of the continuation of the meeting on the state of affairs of Princess Juliana International Airport (PJIA) that was scheduled for 2:00pm Monday.

The PJIA meeting was one of two meetings that were postponed until further notice on Monday. Also postponed on instruction of Chairperson of Parliament William Marlin was a meeting on the national ordinance to amend the General National Ordinance on land taxes in connection with international obligations that was scheduled for 10:00am.

“I was so looking forward to the parliament meeting on Monday afternoon on the status of the airport. The ministers were due back in parliament to answer questions posed by members, especially those who now make up the new majority in parliament,” Wescot-Williams said in a press release.

“This week is a so-called meeting week of parliament. Already the two meetings scheduled for Monday, October 21, have been postponed/cancelled, without the slightest explanation. In the case of the meeting on the airport, this is particularly annoying, given that the ministers could have brought parliament and the people of St. Maarten up to speed on the current status of the airport reconstruction and financing.”

Wescot-Williams said that for MPs who had been very critical of the Dutch/European financing for the airport, the meeting would have been an opportune moment to either accept or reject the financing.

“But more important than that is the question: when will this agreement be irrevocably sealed and the reconstruction of the airport begin in earnest? This is one of the agreements that the coalition of nine have no choice but to honour and execute based on the mandate to the formateur of the interim government,” Wescot-Williams said. “Or does this coalition want to take the credit for this project’s finalisation? Whatever the reason, just get it done, please.”

Parliament said in a statement issued on Monday morning that the 10:00am meeting on the national ordinance to amend the General National Ordinance on land taxes in connection with international obligations was postponed until further notice on request of the Chairman, and indicated that the urgent plenary public meeting on PJIA set for 2:00pm would continue as scheduled.

However, a separate release was issued later saying that the airport meeting had also been postponed on instructions of the Chairperson of Parliament.

July 8, 2020
0
PHILIPSBURG--The Council of Ministers unanimously decided on Tuesday that the entity that the Dutch government proposed as a condition for Curaçao, Aruba and St. Maarten to receive the third tranche of liquidity support from the Netherlands is “unacceptable as...
Read more