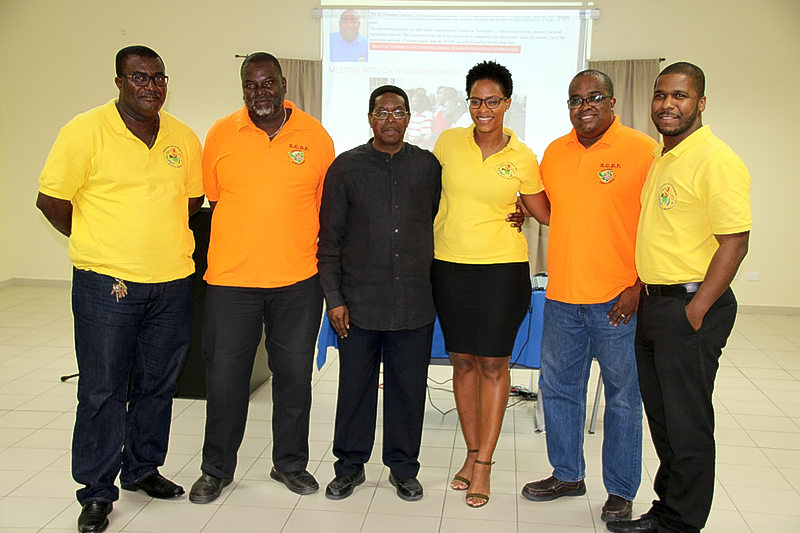 PHILIPSBURG–The 2017 NAGICO Calypso eliminations, slated for Friday, March 31, under the white tent at Princess Port de Plaisance Resort, will see some twenty calypsonians competing this year. Ten will move on to the calypso finals in the Carnival Village on April 20.

Along with some new faces to the calypso arena such as Lady Righteous and Doctor Ray, some veteran calypsonians will grace the stage in an attempt to dethrone the reigning Monarch, Shakiya, St. Maarten’s first woman calypso monarch.

There is also a chance to see father and son competing, as the Mighty Calix (Carlyle Rogers) takes on his son Young Calix, The Protégé (Rummini Rogers) in the same show on the same stage, according to RAW promotions.

Judges will be looking at lyrics, presentation, the melody and the artiste’s rendition as they select the 10 calypsonians who will go over to the finals. Those who are eliminated will have a chance to try again next year.

As the Carnival season gets underway, calypso fans have started anticipating the topics of the 2017 calypsos. Speculations are that GEBE is at the top of the list while other social and political issues are not too far behind.

Patrons can also look forward to great entertainment by the Master of Ceremonies, Fernando Clark.

The entrance fee to the show is US $15 at the gate. RAW Promotions Foundation, the organiser and promoter of the show, encourages patrons to come early to secure a good seat. Doors will open at 7:00pm.