Home Headlines & Top Stories 20 evacuated after fire breaks out in a building in Marigot |... 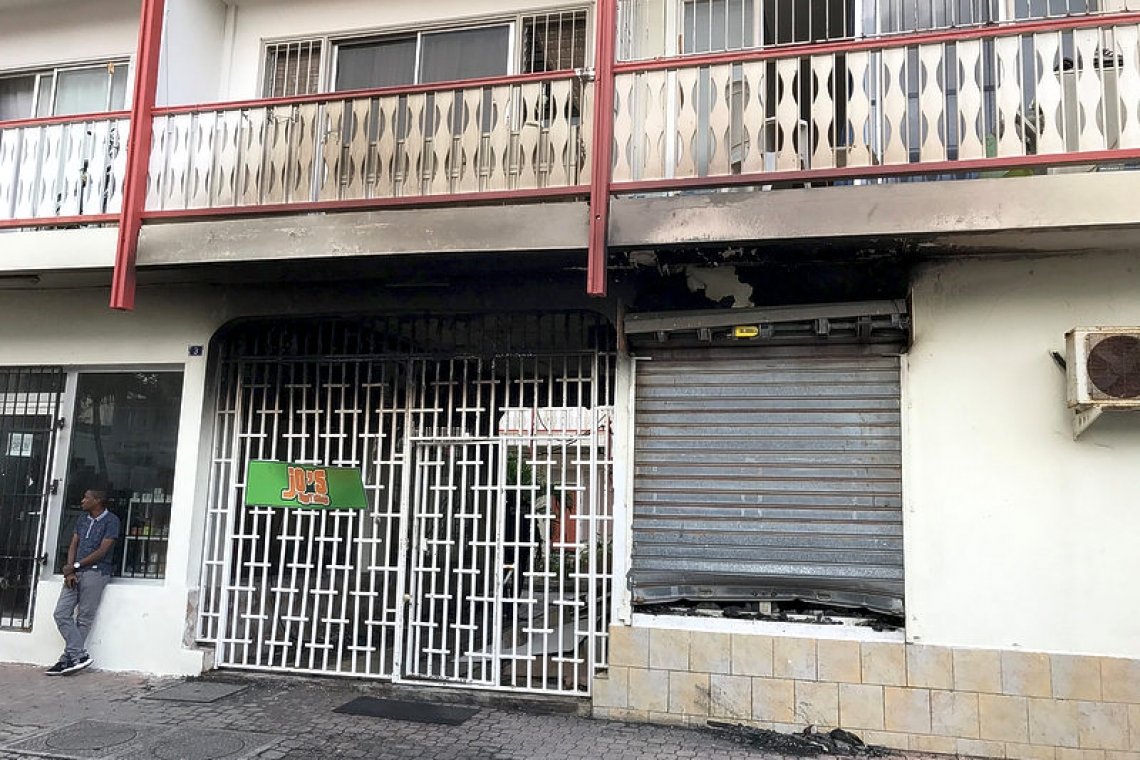 The building on Rue Felix Éboué where fire broke out in an upstairs room. (Robert Luckock photo)

MARIGOT–Some twenty residents were evacuated from a building on Rue Felix Éboué in Marigot after a fire broke out in a room around 6:30 Monday evening.

The Fire Brigade intervened quickly to extinguish the fire and a security system was put in place by the Territorial Police to divert the traffic. No one was injured.

Collectivité representatives immediately went to the scene to accompany the families living in the building. About 20 people inconvenienced by the smoke were evacuated by the Fire Brigade.

In conjunction with the Red Cross, the Collectivité teams set up an emergency reception service for the residents with water and food prepared by the Caisse Territoriale des Œuvres Scolaires (CTOS).

In the late evening, the alert was finally lifted and families were able to return to their homes. Only one family living above the fire site decided to spend the night outside the building.

President Daniel Gibbs who followed the ongoing operations praised the responsiveness of the Fire Brigade, Territorial Police and the Collectivité staff. He warmly thanked the Red Cross personnel who had mobilised quickly. The teamwork was particularly appreciated, he said.