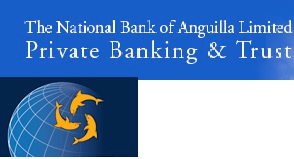 ANGUILLA–National Bank of Anguilla’s Private Banking and Trust (PBT) clients are up in arms over news that their deposits dating back to 2013 are in limbo and will not be returned to them.

In a letter to clients dated May 6, PBT’s appointed Administrator William Tacon said PBT’s records shows balances of approximately US $20 million that are with the institution’s “Parent” are in limbo. This represents some 56 per cent of its reported assets. The Daily Herald came into possession of Tacon’s letter from an account holder in St. Maarten, to whom the correspondence was sent.
Tacon said he was made to understand that these cash deposits were co-mingled with the Parent’s own cash and PBT’s ability to access this money was entirely dependent upon the willingness and capacity of the Parent to make the cash available. The Parent has said it will not be making the funds available to clients of the now closed PBT.
He said all monies deposited at PBT were paid over to the Parent. The terms upon which PBT did so are under investigation. In turn, during the period of its operation, the Parent provided PBT with liquidity on demand to meet withdrawal requests.
The Parent was placed into Conservatorship on August 12, 2013, and was subject to the control of a Conservator appointed by the Eastern Caribbean Central Bank (ECCB) from that date until April 22, 2016. The Conservator placed restrictions on withdrawals from balances on accounts at the Parent at the date of his appointment. “PBT’s ability to access cash held at the Parent has been controlled by the Conservator since his appointment,” Tacon said. “The only exception, he noted, is the ring-fenced” account.”
Tacon said he has made a formal demand on the Parent Bank for full repayment of all of PBT’s balances held at the Parent, but said this demand “has not been satisfied.”
Additionally, on April 22, ECCB implemented a Resolution Plan in which the assets, and certain liabilities, of the Parent were transferred to a newly established bank – the National Bank of Anguilla Ltd. NCBA – an entity wholly owned by the Government of Anguilla, except funds placed into the ring-fenced account. He said based on the information currently available to, it appears that the Resolution Plan has been designed to protect the (direct) depositors of the Parent, but not the deposits made by PBT.
“The Administrator has been advised by the Parent and NCBA that the obligations of the Parent to meet its liabilities to PBT and thus enable the repayment of PBT’s depositors, will not be met.
“…PBT has no liquid assets. All of its cash assets were held at the Parent and have since been transferred to NCBA. PBT has ceased to carry out banking business and its affairs will be liquidated. Money in the ring fenced account is available to depositors who placed funds there,” Tacon said.
In an effort to recover the monies PBT deposited at the Parent, Tacon has begun a claim in the Anguillan Court against the Parent and NCBA seeking the return of all monies paid to the Parent by PBT from August 12, 2013.The Administrator is also considering what legal remedies are available to him in relation to recovering the monies held by PBT at the Parent as of August 12, 2013.