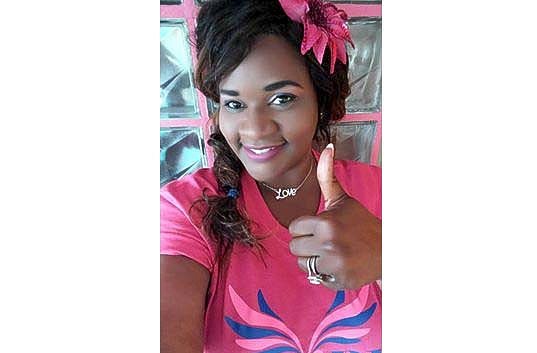 HOPE leader Mercedes van der Waals-Wyatt give a thumbs up after getting word that her party surpassed the require number of signatures.

POND ISLAND–Helping Our People Excel (HOPE) has mustered 213 signatures from registered voters to cement its place on the September 26 Parliamentary Elections ballot.

The party had needed only 80 more signatures to reach the required 146, representing one per cent of the valid ballots cast in the 2014 Parliamentary Elections, but thanks to much teamwork and drumming up of support, the number was surpassed.

HOPE leader former radio personality Mercedes van der Waals-Wyatt was elated to receive the final count from Civil Registry Election Staff after 4:00pm on Tuesday. “We were here all day … we got support from people we didn’t even know and we are grateful.”

The party had failed to get all 146 signatures on August 9, so-called Endorsement Day, and was granted three days by the Main Voting Bureau rectify it.

HOPE like the other eight parties on the ballot had errors in its slate of candidates and documents submitted on Nomination Day, August 8. All parties have until tomorrow, Thursday, to remedy the errors.

The Main Voting Bureau will sit in a public session on Friday to decide on the validity of the parties’ submissions.

HOPE and four other parties on the ballot were required by law to get endorsement signatures. The other four parties in the race were exempted as they have seats in the current 15-member Parliament.