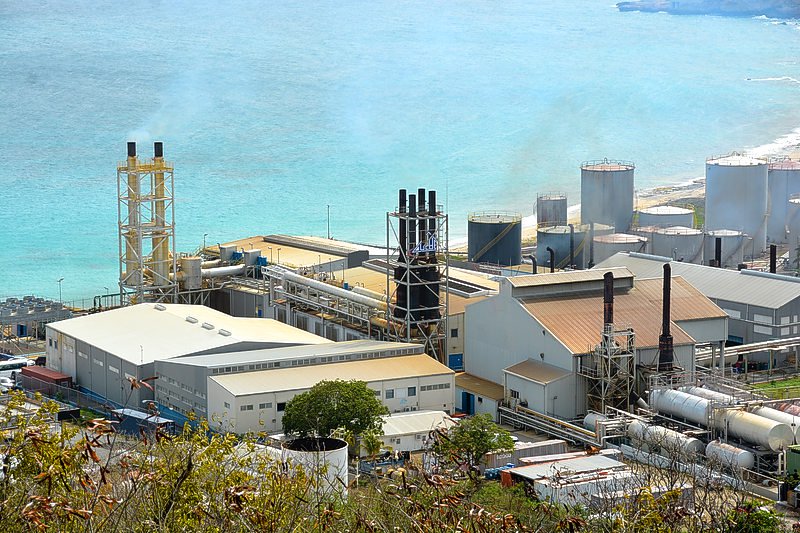 PHILIPSBURG–Almost one month after the worst hurricane in the Atlantic battered St. Maarten, knocking out power and water, utilities company GEBE has managed to restore electricity to an estimated 40 to 50 per cent of the country and water to 60 per cent of the community.

GEBE Chief Executive Officer (CEO) Kenrick Chittick told The Daily Herald that the company will now embark on phase two of the restoration process for electricity, which entails house connections that are still pending.
“The network that got damaged will be restored as soon as possible and phase three will be taking the high voltage lines underground. What we are looking to do now in some areas where there is high voltage overhead is to go underground with these cables now. There are some serious plans to go underground as soon as possible,” he said.
As it relates to the water, Chittick said this poses a bit more challenge, as many meters were damaged during the hurricane. Up to the time of this interview, the company counted about 4,000 water meters that were taken into the company damaged.
“We are now busy restoring water meters as much as we can restore. The secondary (water) lines have to be plugged off and there were no plugs on-island. We got some plugs in last week so we are now busy plugging off all broken water meters. Then we can have water to all the districts on-island,” he said, adding that the company is now busy with this activity in Middle Region and Dutch Quarter.
“The rest of the island such as Cole Bay, Simpson Bay and the Lowlands areas all have drinkable water at this moment. We are busy working now from Cay Hill up to the St. Peters, Cul De Sac, South Reward areas, so that they too can have drinkable water as well.”
In the meantime, the manpower and equipment expected from Curaçao are expected on-island either today or Thursday. “That will help to speed up the process. We hope, once they’re here in St. Maarten, to have everything completed in four to six weeks,” Chittick said.
GEBE had requested assistance from Curaçao’s water and light company Aqualectra. GEBE requested 24 workmen, two supervisors and two mechanics to assist at the electricity plant as well as a number of vehicles, including trucks and bucket trucks to help with a number of things, including the planting of poles, digging of holes and pulling of overhead lines.
The equipment is on loan and is to be returned to Aqualectra once the assistance to St. Maarten has concluded.
GEBE suffered extensive damage during the passage of Hurricane Irma. Its main building on Walter Nisbeth Road (Pondfill) was extensively damaged and the company is now looking for an alternative location to relocate its main building. The Simpson Bay branch office is currently open serving customers. In addition, all five buildings at the power plant suffered damage.
Seven of the company’s water tanks were damaged: the roof was blown out from four of them and the damage to three was so severe that they have to be either repaired or replaced. The three water plants in Cupecoy, Cay Bay and Pointe Blanche suffered no damage and are still intact: While the engines did not suffer any damage during the hurricane, some water got into the buildings due to loss of the roofs.