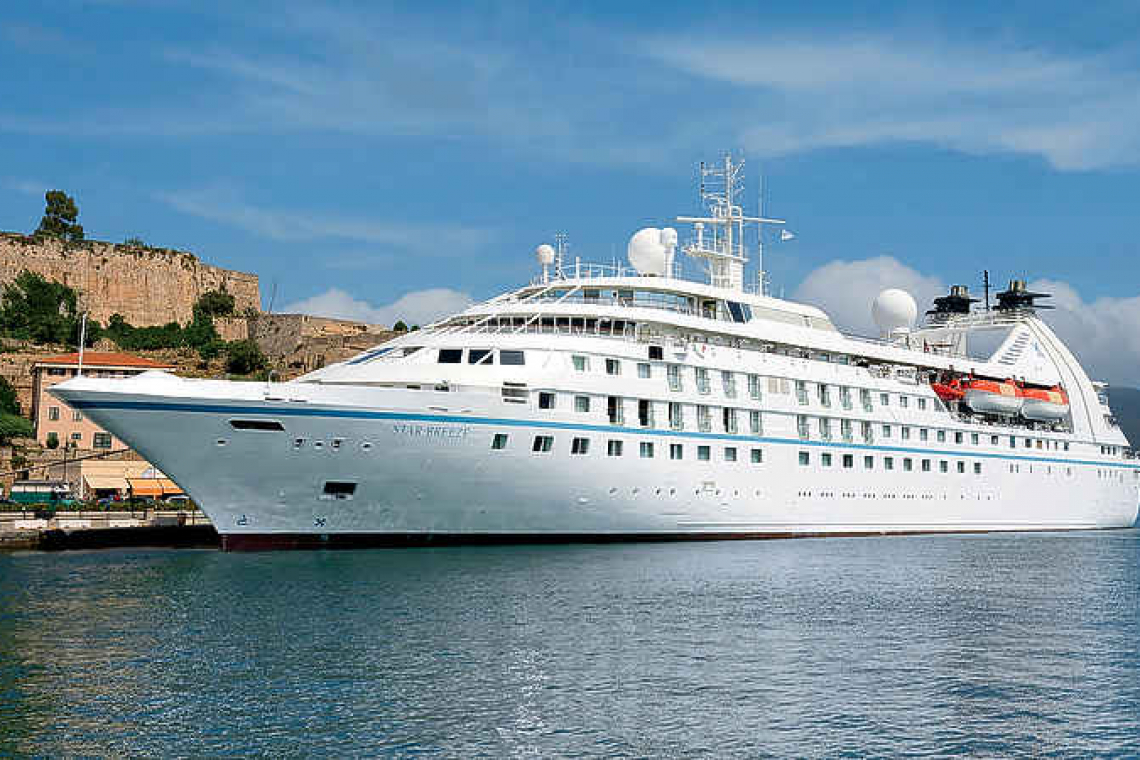 PHILIPSBURG–While the country’s eyes were firmly glued on the start of homeporting last weekend, it may have escaped some that there are five other cruise ships scheduled to make commercial calls at Port St. Maarten in the next three months.

Two of these five vessels are slated to join Celebrity Millennium and Celebrity Summit as homeporting ships.

Star Breeze will continue homeporting out of St. Maarten until August 7, when it moves its operations to other Caribbean ports before ultimately shifting to the Pacific Ocean in September and October.

The other homeporting vessel will be Crystal Symphony of Crystal Cruises, which begins homeporting out of St. Maarten on August 2. The vessel is slated to operate a rotating itinerary, allowing passengers to board in either St. Maarten or Antigua.

From early August until the end of the year, the 960-passenger Crystal Symphony is scheduled to pull into Port St. Maarten every 10 days. The vessel will overnight in St. Maarten, before taking on new travellers and continuing its voyage.

Star Breeze and Crystal Symphony are small compared to the more than 2,100-passenger Celebrity Millennium and Celebrity Summit, the largest ships to ever homeport at Port St. Maarten. However, the presence of the smaller vessels will still see dozens of additional passengers moving through the port.

Celebrity Cruises’ two homeporting ships will not be the only ones docking at Port St. Maarten in the near future.

Celebrity Edge has a date with history later this month, as the vessel is on tap to be the first cruise ship to depart from a United States (US) port since the start of the pandemic.

Operating out of Fort Lauderdale, Florida, the 2,918-passenger ship will be embarking on seven-day Caribbean cruises that call at Port St. Maarten on July 7, July 21, and August 4.

Celebrity Edge will be followed closely by the slightly smaller Celebrity Equinox, which will also homeport out of Fort Lauderdale. This 2,850-passenger vessel will dock in St. Maarten on July 14, July 28, and August 11.

Seabourne Odyssey – a 450-passenger vessel of ultra-luxury Seabourne Cruise Line – will begin homeporting out of Barbados in mid-July. Its itinerary has scheduled stops in St. Maarten on July 28, August 11, and August 25.