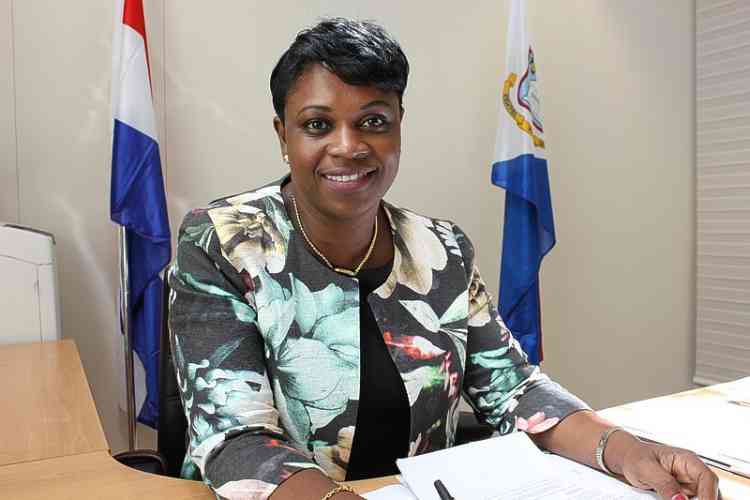 POND ISLAND–The 550 million euros recovery fund that the Dutch Government has allocated for St. Maarten will cover costs associated with the additional border control for the country, the setting up of the Integrity Chamber, existing and future budget/liquidity support, early recovery projects (outside of the Trust Fund) and possible additional projects.

The funds are also expected to cover the different stages of work to be executed by the World Bank.

Prime Minister Leona Romeo-Marlin provided this information during the weekly Council of Ministers press briefing on Wednesday. Romeo-Marlin said The Netherlands “intends to pay everything” from the 550 million euros that is reserved for the reconstruction of the country.

Last week a team from the World Bank began its preparatory activities for the recovery and reconstruction of the country. Marlin said the Ministry of General Affairs and in particular the Department of Foreign Relations has worked tirelessly to assist and facilitate the World Bank team.

Over the next couple of weeks the World Bank team will continue with various preparatory activities. The Ministry of General Affairs will continue to assist in organising meetings and preparing the relevant legal documents. It is expected that the first draft of the National Recovery Plan 2.0 will be sent to the Council of Ministers during the week of February 12.

The second step is that the Netherlands and the World Bank will conclude a Reimbursable Advisory Services (RAS) contract. This contract will formalise the roles that the World Bank will play in the process. Legal experts from the Netherlands, St. Maarten and the World Bank are currently discussing the structure of this contract including the possibility of a subsidiary agreement/formal letter in which St. Maarten will acknowledge specific obligations vis a vis the world Bank, Romeo-Marlin noted.

The Prime Minister thanked ministries, civil servants and other persons who have made a contribution in one way or another, thus far, in the process with the World Bank and the Netherlands to ensure that the recovery and reconstruction of St. Maarten takes place in the proper manner.