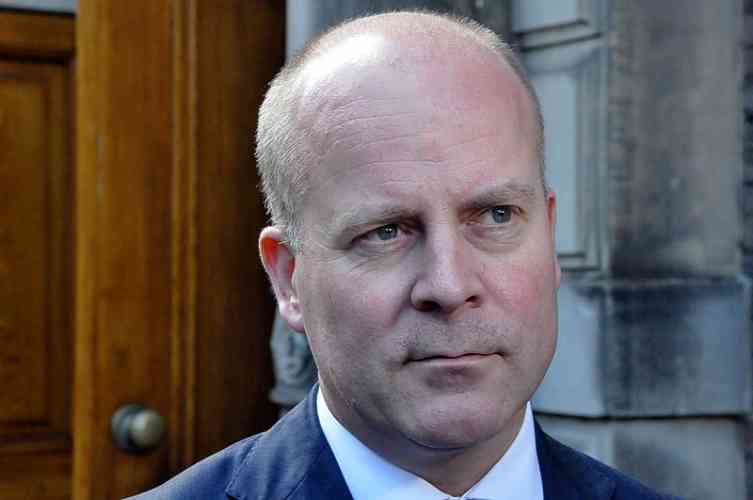 THE HAGUE–The Dutch Council of Ministers on Friday decided to make 550 million euro available for the reconstruction of St. Maarten. This is separate from an amount of 67 million euro that will go towards St. Eustatius and Saba.

The Reconstruction Fund will start off as soon as the St. Maarten Government and the majority of the St. Maarten Parliament has given a firm approval of the conditions of The Hague to establish the Integrity Chamber and a reinforcement of the border control with a prominent role for the Royal Dutch Marechaussee.

“We want to start as soon as possible, but that is not up to us. It is up to St. Maarten,” said Dutch State Secretary of Kingdom Relations Raymond Knops. “We have made a very large gesture. I now expect that the St. Maarten Government will answer this with a cooperative cooperation regarding our conditions,” he told reporters after the weekly Council of Ministers meeting.

The financial assistance will take place in tranches, meaning that not all the money will become available at once. And, there will be intermediate evaluations to secure effective and just spending of the funds, and to enable the possibility of adjustments if these proved necessary. The spending of the Dutch contribution will largely take place via international organisations. The contribution can be in the form of loans, grants or input in kind.

Knops said that the technical details on the Reconstruction Fund and the practical execution would be forthcoming at a later time, as he also has to meet with a number of potential partners in the execution of this fund, such as the World Bank. He could not say as yet how the cooperation with the European Union (EU) would be designed as these talks still had to take place.

During his weekly press conference on Friday, Dutch Prime Minister Mark Rutte said that “zero euro” would be forthcoming as long as St. Maarten had not “explicitly” indicated that it would comply with the conditions. He said that the money would be made available in batches for concrete projects. “We will not just send the money to the government there.”

“We want to assist with the necessary reconstruction, but it has to happen in a sensible manner. Hence the preconditions. The border control has to be in order to prevent illegal labourers or other people with wrong intentions from coming to the island who know that there is a lot of money to be made,” said Rutte. He said that the cooperation would be sought with international organisations “that know about cleaning up and rebuilding.”

Utilising tranches will also make it possible for the Netherlands to postpone or even cease the money flow when St. Maarten decides to no longer comply with the conditions. “The Netherlands maintains the right to stop the aid. That seems a legitimate demand when you are investing big money. St. Maarten needs to be well aware that this aid is conditional and that the assistance will be stopped if things are not in order,” said State Secretary Knops.

Control mechanisms will be set up for a strict supervision of the funds, said Knops. The Integrity Chamber will play an important role in this supervision system. The fund has been set up through the Dutch Ministry of Finance, which is usual in these cases, but will be managed by the Ministry of Home Affairs and Kingdom Relations BZK. Knops said the amount of 550 million euro was set based on preliminary assessments of the assistance that is needed, coupled with what funds could be made available on the Dutch budget.

Both Rutte and Knops said, when asked by the media about the elections, that they would wait on the letter from St. Maarten Governor Eugene Holiday about the legal and practical aspects of holding elections on January 8, 2018. Knops had asked the Governor to provide this information, which is expected to come this weekend.

Rutte mentioned some of the practical aspects in relation to holding elections. “What about the state of the civil registry? And, what about setting up voting booths on an island that lays in ruins? That is the question,” said Rutte, who made clear that he had “a lot of confidence” in the Governor.

Aside from the technical and legal aspects whether to hold elections or not, it is also important that the current majority of eight in the St. Maarten Parliament will keep supporting the Dutch preconditions and that there is clarity on a government, stated Rutte. “It doesn’t matter which government that is, permanent, caretaker or interim.”

As for Saba and St. Eustatius, Rutte said that the assistance would be carried out a bit differently since the islands are Dutch public entities. On these islands, the Dutch ministries will be executing the reconstruction assistance, in consultation with the local governments. “The reconstruction of Saba and Statia has our attention. They will not be forgotten,” he said.

State Secretary Knops responded affirmative when asked by The Daily Herald whether the renovation of the damaged Saba harbour and the severe erosion at the end of the Statia runway were included in the 67 million euros for these two islands. He said that here too, a control system would be put in place to ensure that the money was properly spent.