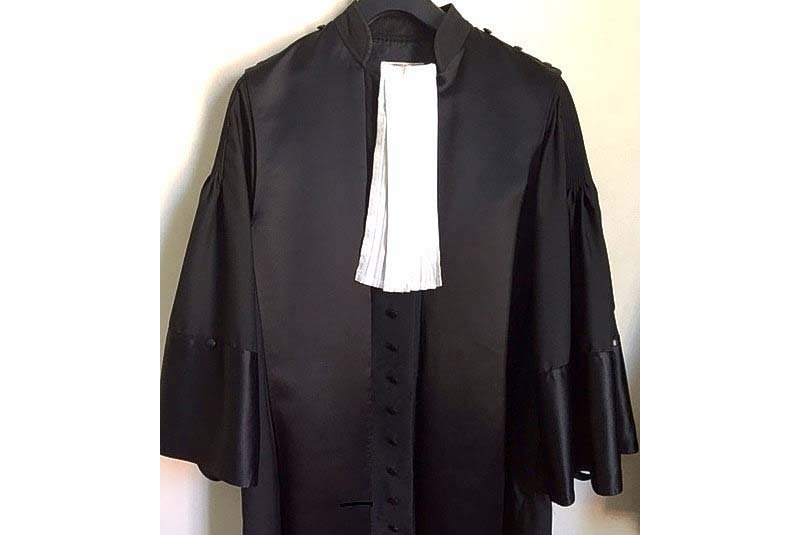 PHILIPSBURG–Detained suspects C.N. and S.S. appeared calm in the Court of First Instance on Wednesday when the Prosecutor requested seven years of jail time for first-time offender S.S. and eight years for C.N. who had a previous conviction for armed robbery. The men are suspected of robbing five supermarkets in March. C.N. has been in trouble with the law before and struggles to live a decent life. His attorney Remco Stomp said he had been kicked out of his home at a young age and had bad company at times. C.N. admitted to two of the robberies, but denied involvement in the other three. The evidence is against him, as a tattoo on his hand can be seen clearly on surveillance footage. He also used his personal vehicle as the getaway car during the robberies.“I was going through a tough time, Judge, and I am sorry. I want to work as a front desk agent and get a family to keep me busy,” he stated to the judge.

S.S. had a different demeanour. He sat up straight in his chair and denied involvement in any of the robberies. He said he had been smoking close to a Middle Region supermarket and a man had run past him with a bag. He told the judge the bag had dropped and he had been curious and grabbed the bag. Police officers saw him with the bag and arrested him on the spot.

The two stole small amounts of cash, cell phones and phone credit cards from the supermarkets. They are also charged with illegal firearm possession.

The verdict will be handed down at 9:00am September 20.