Home The Daily Herald 700 kilos of cannabis seized off Martinique 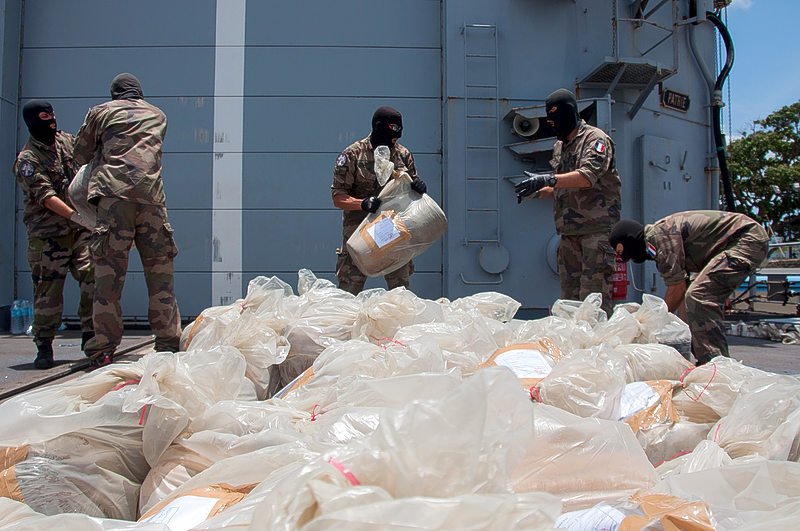 French marines sort out the haul of cannabis seized on April 19.

MARIGOT–A 700-kilo haul of cannabis was seized by a surveillance frigate attached to the French Armed Forces of the Antilles on the night and early morning of April 19 and 20, some 50 kilometres off the coast of Martinique.

The frigate Germinal with the assistance of a Panther helicopter from Customs intercepted a Go-Fast boat following information collected by the office for the repression of illicit drug trafficking (OCRTIS).  Occupants of the Go-Fast threw overboard several bales of the drug when they were intercepted, however, some 48 bales were seized in total. The drugs were destroyed under the orders of the prosecutor of Republique de la Juridiction Interrégional Specialisée of Fort-de-France. The four drug traffickers were taken into custody.

So far in 2016, 2.7 tons of narcotics have been intercepted at sea by French authorities operating in the Antilles.